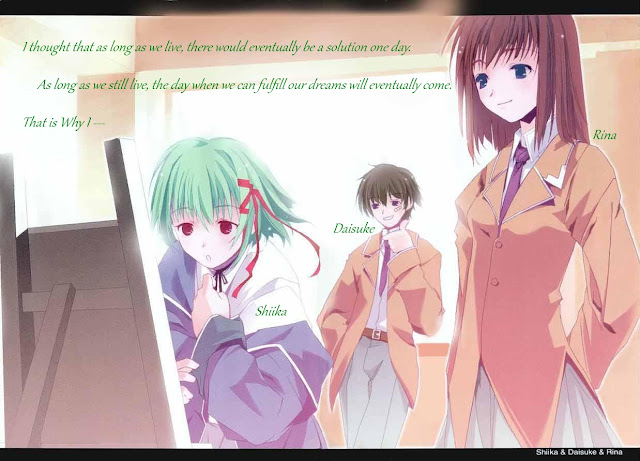 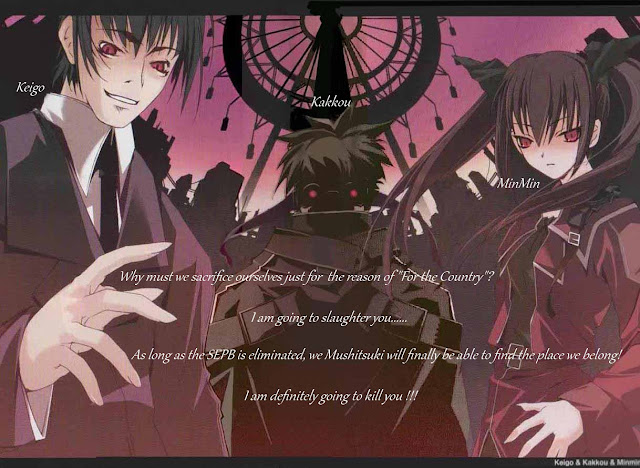 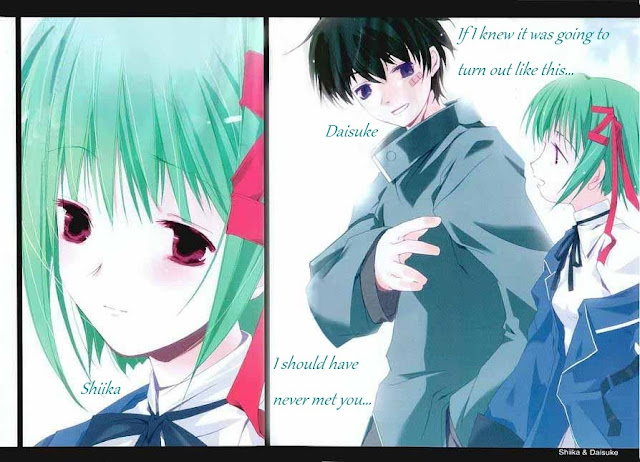 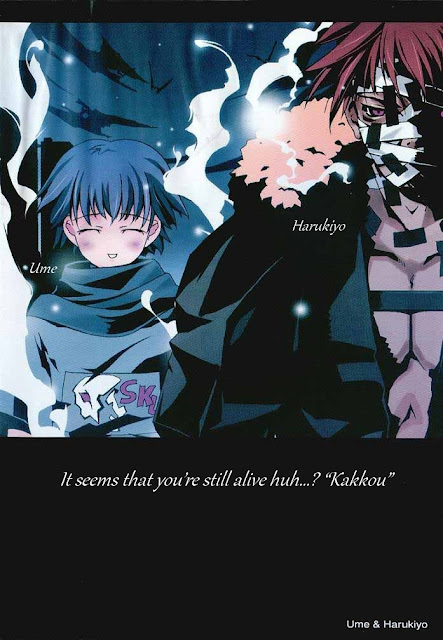 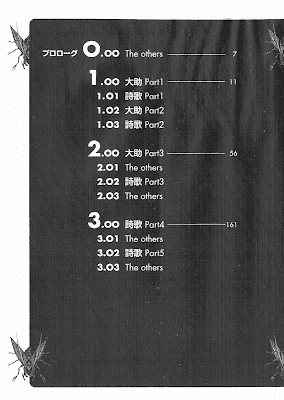 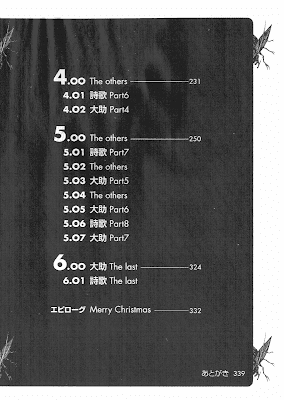 Afterwords from Author (As well as thoughts from TL staffs)

Devouring the dreams of humans, but giving its hosts supernatural powers in exchange, are the (Mushi) that appeared a decade ago. While on the train to school, Kusuriya Daisuke came across a teenage girl named Shiika and that meeting sparked an attraction between the two. However, unknown to Daisuke, Shiika was actually a Mushitsuki who had escaped from the country’s top secret facility. Due to that reason, the Special Environmental Preservation Bureau dispatched their top and strongest agent, a Mushitsuki known as “Kakkou”, to mercilessly eliminate Shiika!

Those who are harboring dreams, and the painful but strong wishes in them, are about to enjoy the upcoming Christmas.

This is an encounter between a boy and a girl.

The most beautiful yet twisted story of this fateful encounter.

Mushitsuki: The host who are infested by the Mushi, they are mainly teenagers.

Fallen: Host that had their Mushi killed will become Fallen, becoming lifeless puppet/zombie.

SEPB: Also known as the Special Environmental Preservation Bureau. A top secret agency that deploy Mushitsuki to catch or eliminate other Mushitsuki.