Daisuke, who was wearing a large coat, stood motionlessly in a daze.

A couple with smiles of happiness passed him by.

He looked at the bustling amusement park.

A wolf mascot that wore a red cap was running around hurriedly, while enduring attacks of bright flashlights from the tourists. But his adversary, the fox, did not seem to be popular at all. Maybe because its hands were empty, causing it to look boring? It took the balloons from the hands of a nearby staff member, and waved it about near the giant door.

Daisuke stretched out a freezing hand from his pocket, and looked down at a small box in the palm of his hand.

He opened the small box.

Inside the box, there was a red watch. The design of the watch looked quite decent, and its price was unexpectedly worth the design, causing Daisuke to be very pleased with it, and so he bought the watch. He hoped that it would good on the short haired teenage girl---

Unable to endure the cold winter winds blowing, Daisuke stuffed the box into his coat once more.

He raised his head and looked at the sky.

Many dark clouds could be seen covering the sky as if it was signaling the coming of snow.

What should I do?

Too many things had happened all at the same time, causing his mind to be in a mess.

Why did things turn out this way…? No, that’s not it. Everything was my fault to begin with. I’m so stupid that I never realized what’s the most important to me; that’s why I hurt Shiika.

Daisuke couldn’t help but twitch his face as he recalled the final word that Shiika said before she left.

At that moment, he didn’t even say a word, couldn’t believe the scene in front of him…Shiika must’ve been hurt when she saw Daisuke’s expression. Shiika had clearly rejected Daisuke.

I really am an idiot!

Looking at the clock, he saw that it was pointing towards six o’clock in the afternoon. It had already been an hour since their agreed meeting time.

Daisuke surveyed the surrounding at the entrance with his remaining hope, yet he didn’t see the petite teenage girl that he had been waiting for.

Of course it’d turn out this way--- 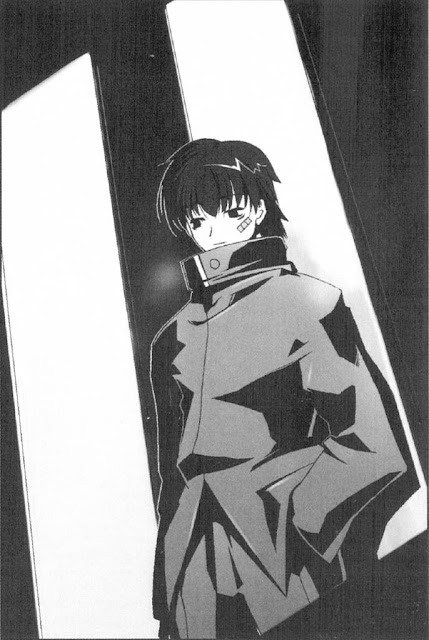 Daisuke mockingly thought to himself. Just by closing his eyes, it allowed him to recall Shiika’s smile.

I really wish that Shiika could smile from the bottom of her heart….I’ve been trying desperately to help Shiika. But needless to say about helping her, I couldn’t even call out to stop her….no, before that scene in the amusement park, I didn’t even realize it: right from the start, I didn’t have the right to begin with.
Even so, isn’t it a bit too unfair!

His face distorted as he lowered his head, and just then.

Daisuke immediately fished out his phone from his pocket, and called out without even confirming who the other party was. Because of his panic, the present that he wanted to give to Shiika fell on the floor. He hurriedly stuffed it back into his pocket.

But the minute he heard the other party’s voice, his emotions sunk even lower.

Daisuke’s tone took a complete change; he clicked his tongue, and threw out a line without even hiding his displeasure.

“Didn’t I say before, that I have things to take care of today?”

After saying it, Daisuke went silent for a moment.

Looking at the clock, and then at the entrance, there was indeed no sign of the teenage girl. He thought about it for a while before replying,

After giving a simple reply, he hung up.

He took a photograph out from his pocket. On the photo was the emotionless figure of Shiika, who looked like a doll. It was a photo that he had received this morning.

Then he turned around without hesitation, and left the bustling amusement park.

Thank you for reading~
Feel free to leave comments for any questions or feedback~
Posted by Sveroz at 11:45 PM