I'll post some images and show some HEAVY SPOILERS using the images from some of the volumes. And I mean it. So for those people who does not want to be spoiled, turn away now. 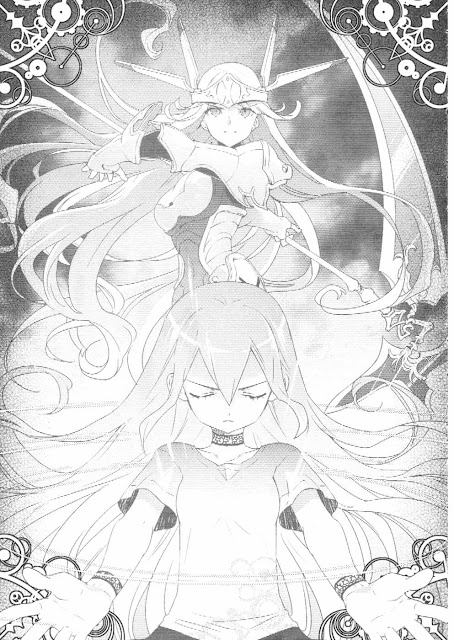 In vol 4, Ymy will be shown a flashback a thousand years ago, where she will see the blue haired DFC girl (shown in cover and the colored pages as well) together with with Incomplete Divine Arms Ilis and her scythe. 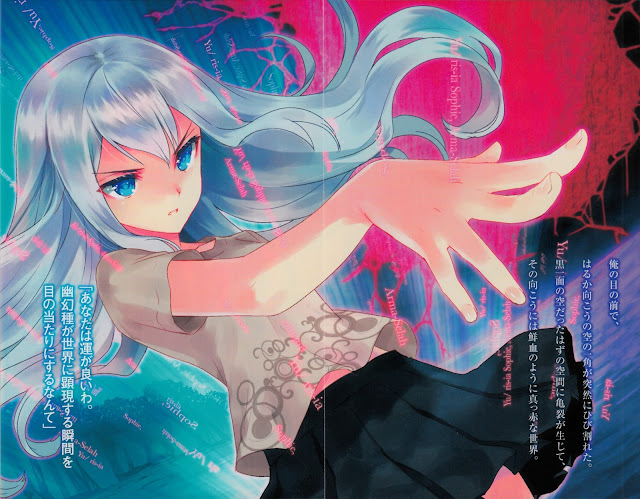 And here she is, appearing in vol 2's illustration as well. You'll get to know her identity soon enough in Hyouketsu Kyoukai no Eden. 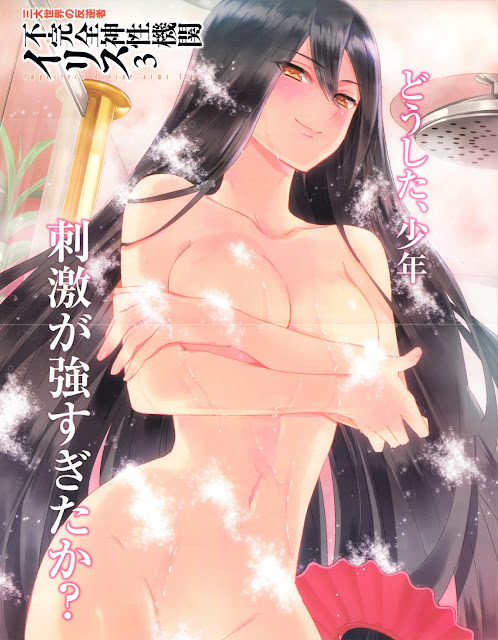 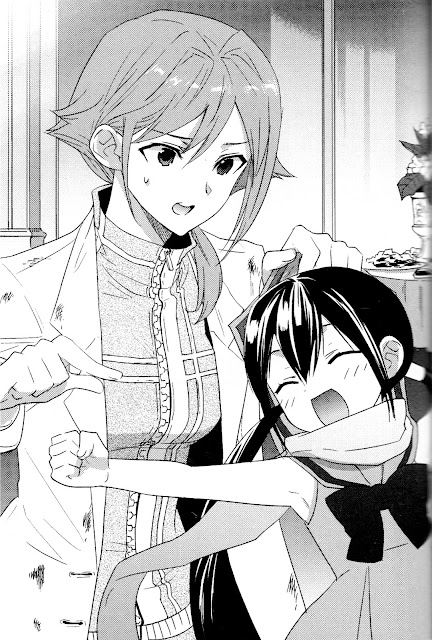 Our dear loli (???) in Hyouketsu Kyoukai no Eden appeared in Fukanzen Ilis as well. Do you guys really not have a hunch on who she really is? 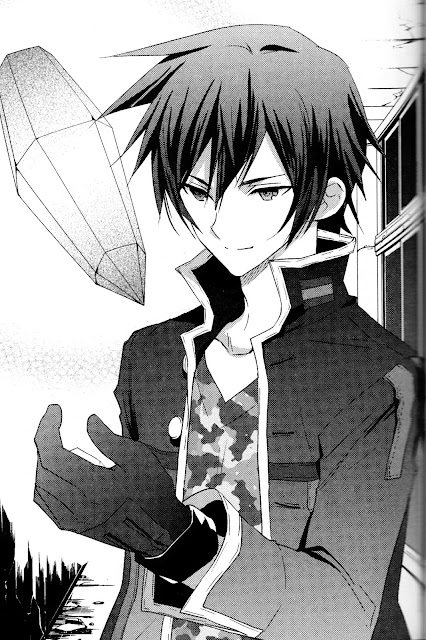 Nagi reappeared in vol 10 of Hyouketsu Kyoukai no Eden, and from the looks of it, it is probably not a flashback...... Pictured here is him together with Ilis' crystal form. Then again, the crystal is in the raw form without the ornaments, so it might be a flashback after all. 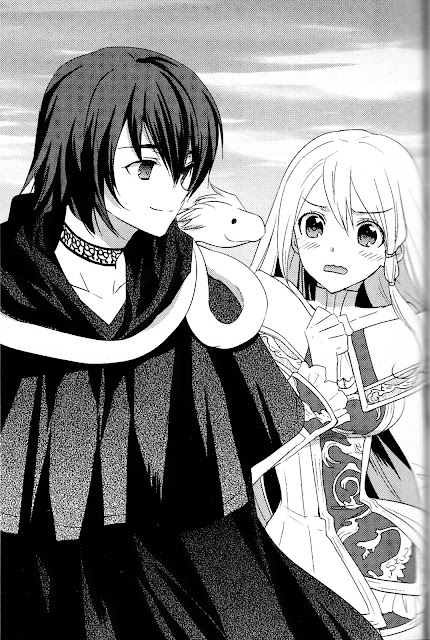 I can't confirm his identity for now, but from the brief description I've read with my limited Japanese (they mentioned "tasogare-iro" when describing his looks and etc) and that "serpent" thing on his shoulder, it should be Neight and Arma from Tasogare-iro no Uta Tsukai. 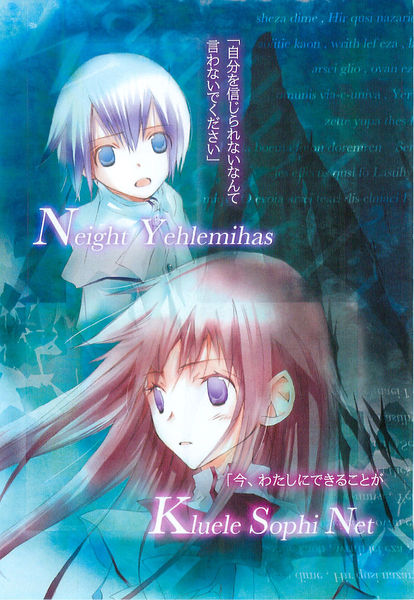 Here's the illustration of Neight in Tasogare-iro no Uta Tsukai. Different artist, and he's in his shota form here. 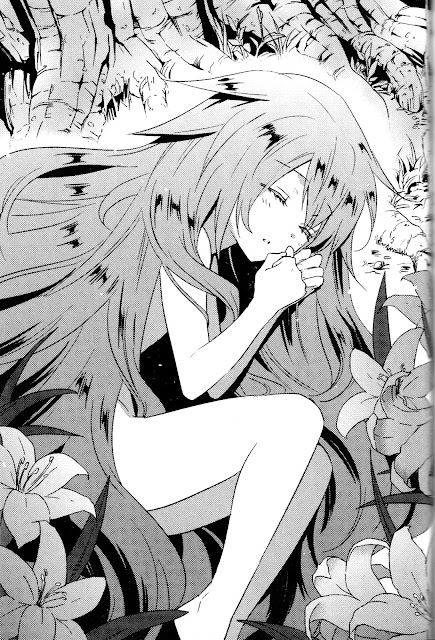 Again, I am not certain of her identity. However, if I am not wrong, she should be Armariris. Now, if you'll recall Ymy's shinryoku form...... 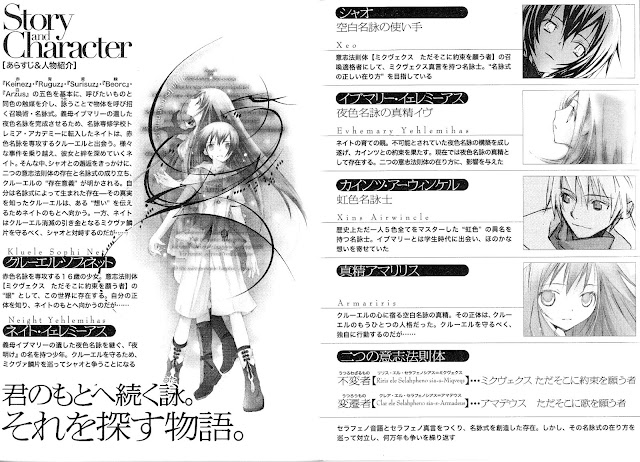 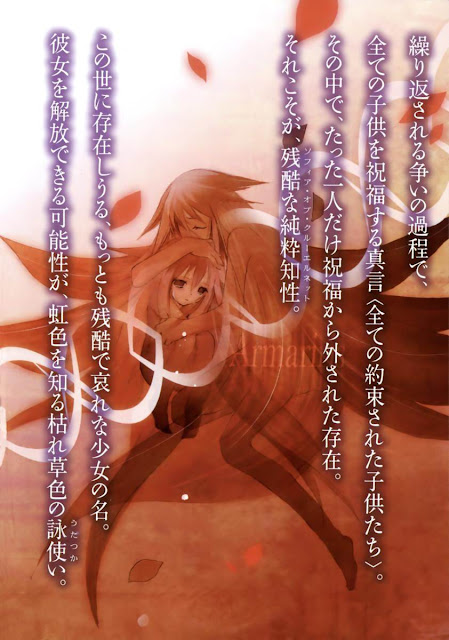 That's all. I'll not go too crazy with the spoilers. I am pretty certain Fukanzen Ilis is a prequel, unless the author pulls something crazy here with parallel timelines and worlds (which is not impossible). Also note the close relation between the 3 titles (there's actually more once the readers hit further into the Hyouketsu Kyoukai no Eden series, but that will also require knowledge of the Tasogare-iro no Uta Tsukai series as well).

For those who are interested in Tasogare-iro no Uta Tsukai, you can follow the project here:
http://www.baka-tsuki.org/project/index.php?title=Tasogare-iro_no_Uta_Tsukai
Posted by zgmfx09a at 4:10 PM