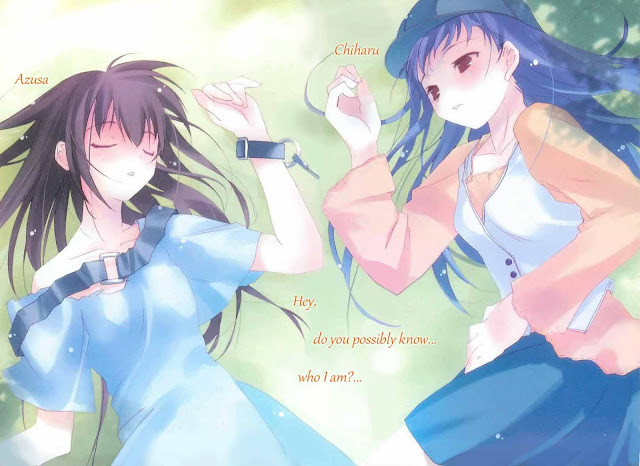 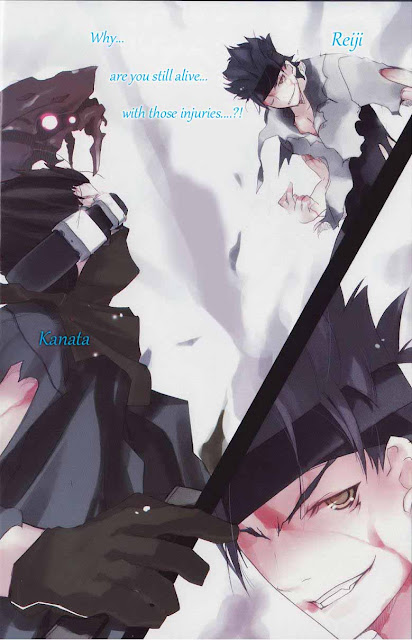 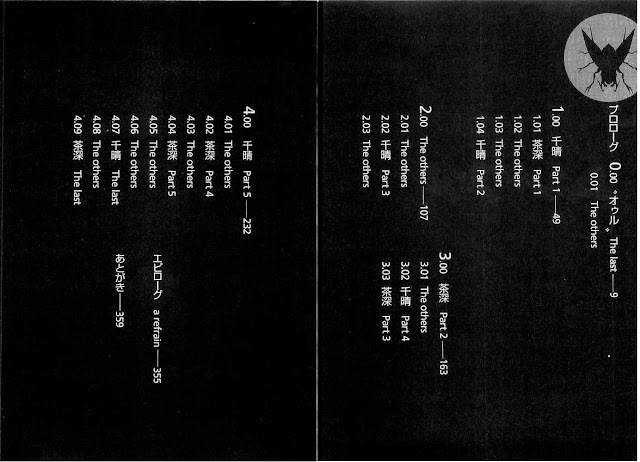 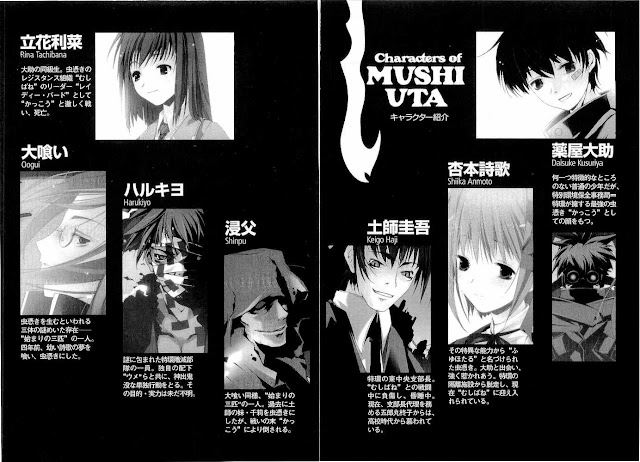 
Devouring the dreams of humans, but giving its hosts supernatural powers in exchange, are the (Mushi) that appeared a decade ago. To control every Mushitsuki and rule them from above, was Konomura Chami’s dream, the lowest ranked member of a top secret agency known as the “SEPB”. Her ambition was supposed to burn out like a small villain facing setbacks, and end without anyone noticing. But the encounter of her and Anmoto Shiika, who is currently on the run, made her want to get closer to the core secret of Mushitsuki more than anyone else,

This is the best, and the worst ruse planned by a villain and her partners!

Just a head up, I'll not start this volume yet, I have another volume in mind to finish first before touching on this (It'll come out tomorrow~)

Just wanna post this volume's contents page to show the Rurou-san's improvement on art, =P. (Love Aijisupa's rape face xD~ and I know, his hair is not brown! -blame the Illustrator

This volume serves as a prologue to the epic 5th volume.