Sazane Kei's Fukanzen Ilis and Hyouketsu Kyoukai has ended in Japan (5 vols and 13 vols respectively). I am lagging a little, but hey, I am a busy guy.


Have read up to vol 11 for Hyouketsu Kyoukai. There's some pretty interesting twists along the way. Chinese vol 12 will be released by Kadokawa TW in June, so I guess I can finish reading both series by the end of this year. Probably will do post my thoughts on both series then.

But the main reason why I am doing this post though, IS BECAUSE HOW FREAKING GORGEOUS ILIS LOOKS IN THAT WEDDING DRESS. 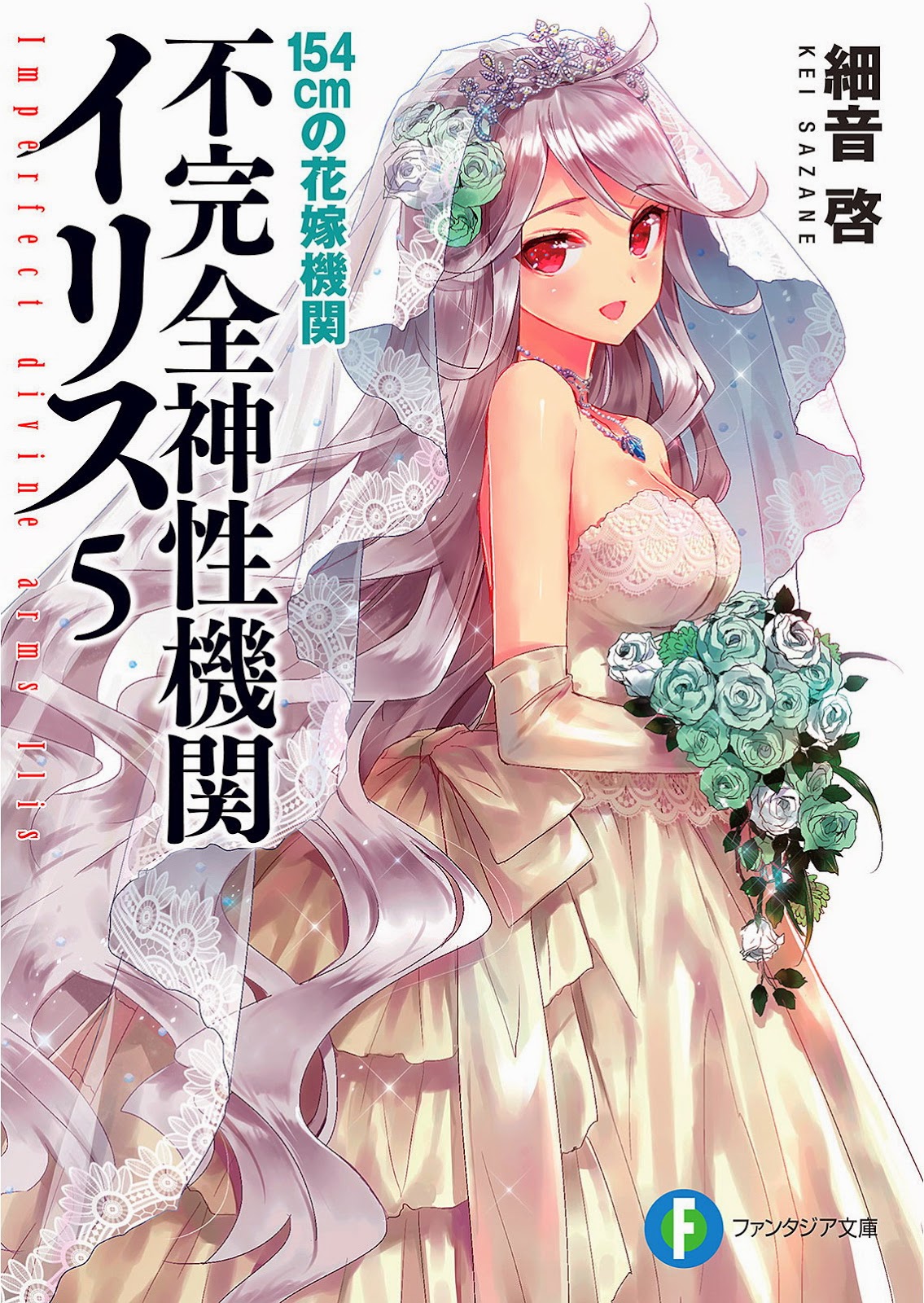 This is beyond perfect. I loved her even in her pendant form since I read vol 1 of Hyouketsu Kyoukai, but with a body, she is further cementing her status as my most favourite female LN character of all times. Ah...... Ilis is olev. So sweet, so loyal, so perfect. 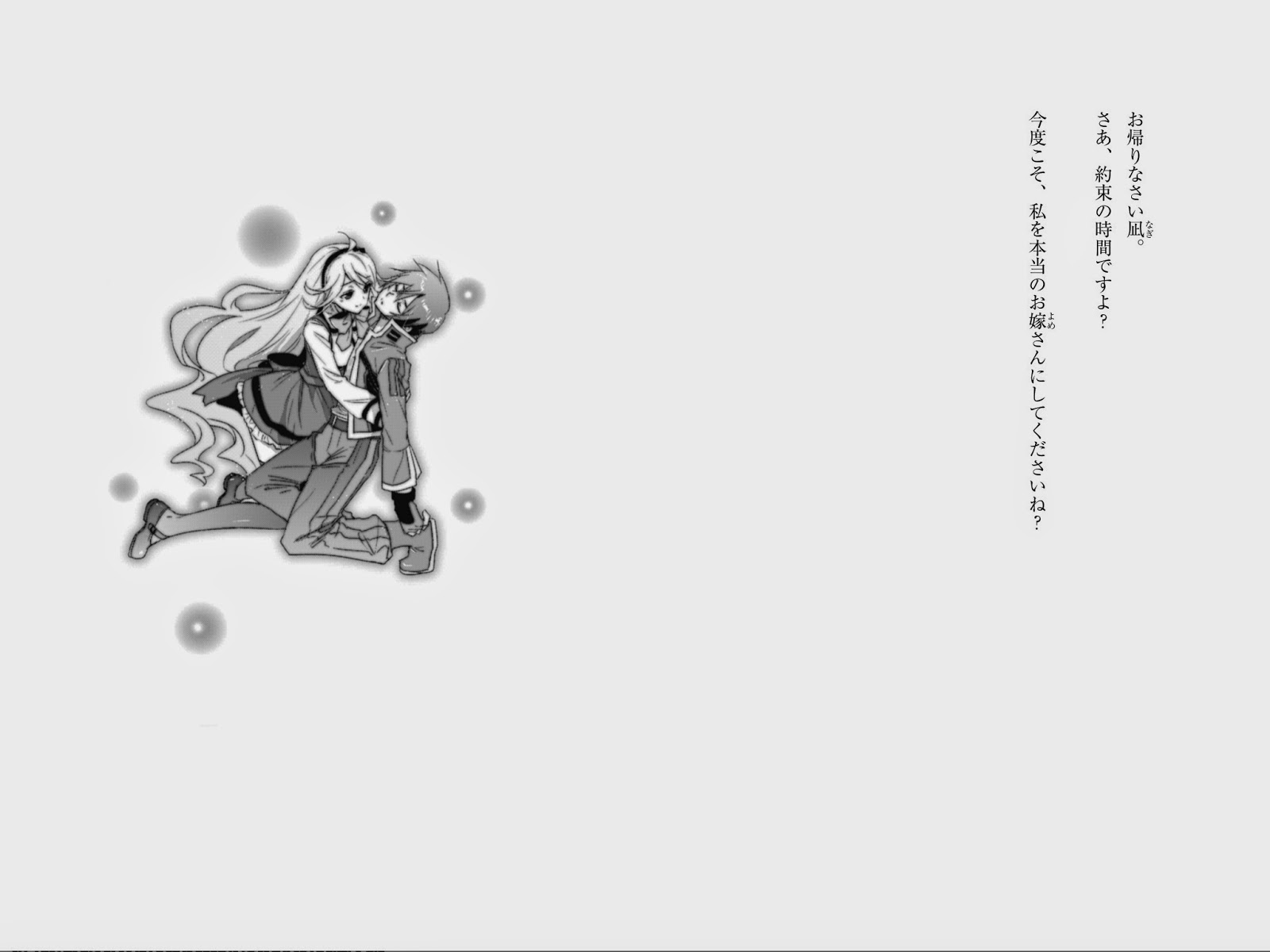 As for Hyouketsu Kyoukai, Syun-rei's looking pretty damn good in the vol 12 cover as well. 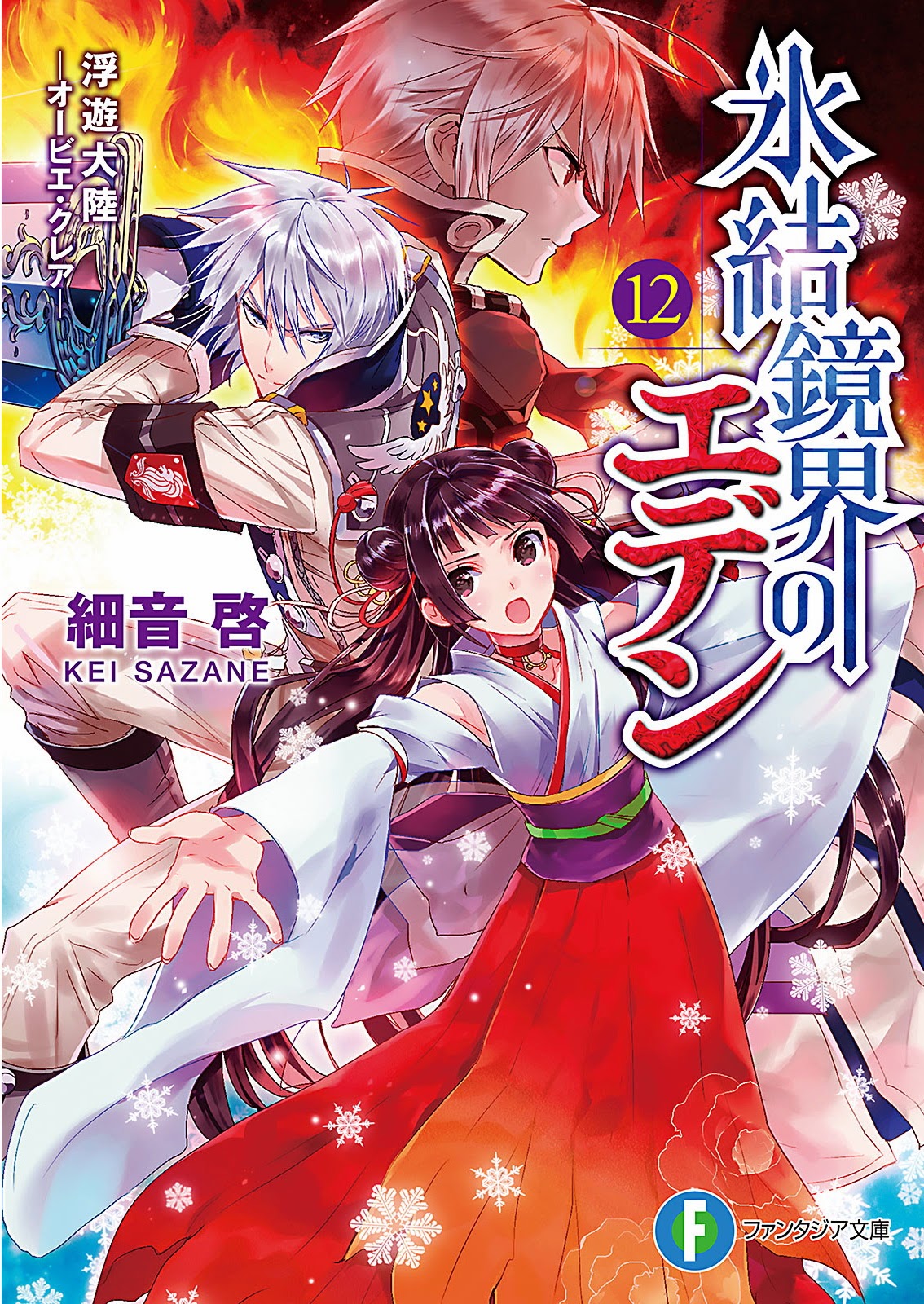 And is it just me, or does that Sennenshi icon on Leon's arm look somewhat like Singapore's lion head symbol? Oh well.

Anyway, Sazane Kei is working on a new series, S.I.R.E.N. I recall reading somewhere that the Tasogare-Fukanzen Ilis-Hyouketsu Kyouka universe will not be carried over to his future works, but I may be wrong. From the cover, it looks like the song mechanism will be included in the new series yet again. Is it the same language as those used in the Eden universe? I am not too sure.

The illustrator is no longer Kasukabe Akira, but Aozaki instead (twitter here). I will miss Kasukabe's works since I do like his(?) illustrations, but I guess Aozaki's art ain't too shabby either (didn't know she(?) does the illustration for the Q series, which I still haven't read......). Sazane Kei's weakness on combat scenes has been improving somewhat, though in small steps. Hopefully he can further work on that in SIREN.

Well I guess that's about it for now. More work to do, will try to work on Shinonome when I am not too lazy. Once I am done with vol 1, I may work on one of the chapters of the Encore Pieces which I had not done yet.