If you have anything you wanna say about this volume, pose them here~
~*Wonderful treats are included*~

Looking at the screen display, it was a number that I had never seen before. I tilted my head thinking as I answered the call… A strong and firm voice came over:

“Sorry for the sudden disturbance, I’m from the police department.”

I thought to myself: it finally came.

To those readers that read my book for the first time, as well as the readers that had been supporting me in the past, thank you all for picking up this book.

Under the help of many people, (Mushi Uta) has finally published its second volume. Probably because there was plenty of time to write this volume, the content and amount was a bit more than the previous one. If everyone is still able to enjoy from this, I would be very happy.

Let’s continue from where I left off before.

The instant when I heard the other party say “I’m from the police department”, three possibilities immediately appeared in my mind:

Possibility one: This is a very bad prank call. The other party used some kind of method to obtain my number to try and steal my information, in which I will be deceived and end up being unfortunate. Bad End.

Possibility two: This is a prank call from a friend, which means a mischief basically, but because of me falling into panic trying to respond, I would end up being laughed at by the other party for at least ten years. Bad End.

Possibility three: It’s really calling from the police, and they will declare that I’ve done a lot of crimes, which I have to go to jail to sentence for. Bad End.

One’s usual behavior is really important! For an instant, I completely thought that I would end up no good.

But I felt it was quite interesting so I didn’t hang up, and continued to deal with him.

The correct answer was: Possibility two.

It was my friend from my high school’s club, the last time we contacted was three years ago, and we haven’t seen each other for more than six years already.

[The following paragraph is about his high school life, etc. Not really important/and takes time to translate those places so I’ll be excluding.( main reason is that I don’t even know those places ~.~)]

Aside from those, this year’s summer I had also gone to watch the fireworks with my colleague at Odaiba, and tried surfing on a water board with friends back from college on mountain lakes; played quite a lot of things. They told me: “I saw your book!”, but just when I was about to thank them, they immediately added “Only read the afterword”. How should I put it… Anyway, thank you all.

Because of the encounters of many people in the past, I’ve became who I am today. Needless to say those that were close to me, those that I had only met once had also constructed a part of me. I hope from now on I would be able to cherish these precious encounters of fate.

The above ending part is quite good; from now on it would be the appreciation.

[He will be thanking staffs members and etc, not really important as well, so go figure =]]

The first thing I wanna say is that, “Thank You” to Skat and Akios for helping me out with the translation. Because of you guys’ help, I was able to translate without any worry, (because I know you guys will be there to clean up for me xD srry for having such thought lol). Nonetheless, I think that my speed had improved quite a bit thanks to you guy. It was always fun to chat with you guys about the upcoming events and stuff, (as well as teasing Akios about what’s gonna “happen” next). And even though it was quite a large amount of work, I really enjoyed it and felt happy that we finished it from the bottom of my heart. I was able to learn quite a lot as well, translating this volume definitely helped me on my fan fiction (Currently on the 3.03 chapter, written 19 chapters, around 40k words =D can’t wait to release it~). Many thanks to those that helped as well! Especially Sveroz for double checking stuffs for me. Thank you all ~

Well now for the story itself, this 2nd volume is one of my favorite volumes. Why you ask, because it’s just awesome (idk about the rest of you but it’s awesome to me). We finally get to see that one side of Daisuke that we haven’t seen before in volume 1. He is no doubt a demon; for the sake of his dream, he had trampled countless Mushitsuki’s dreams, and he knows it very well. That’s why whenever he faces Senri, he would have that guilt feeling running around inside him, which is probably also the reason why he couldn’t bring himself to see Shiika as Kusuriya Daisuke. He is always alone, always shouldering everything by himself, trudging his legs forward on this long and sad path. No one understand his pains, no one can understand them anyway. This kind of protagonist, do you get to see often in the animes nowadays?

And so, my 2nd favorite character in this volume is probably Iori. He is like that kid who always charges ahead in the front, taking the lead. Because of the encounter he had with Senri, he had become a much better person. He had only one dream, and that is to protect Senri, to protect the girl he had fallen in love at first sight. In the end, he fulfilled that dream with a smile. I think I cried a bit when I was reading that part for the first time, (and still teary when reading that part over again). If that scene were ever animed, I would definitely cry a river no joke. His sacrifice would not be forgotten, as well as Azu’s, thanks to them, Senri and others were able to move forward. Rest in peace, my friend.

Last but not least, Senri, the new character that had capture quite a few fans (I’m sure lol). To me, she’s just like another Shiika, but much sadder version of her. Imouto character, shy yet cute, gets embarrassed easily, and is terrifying when enraged (run xD). Living in a world of darkness ever since she was born; always had to rely on others. No one can possibly understand the things that she had to go through. When I first thought her Mushi was going to mature, my heart ached violently. If she were to turn out to be like Rina, I would definitely cry another river (i’m probably making an ocean by all the tears that I jerked lol) But ya, she lived and I’m happy for that.

The ending brought a smile on my face, a smile of happiness. It’s definitely a happier ending than the first volume, and I’m really happy for that. Senri was finally able to move on, Akatsuki lived on with his will (even though it was mainly hatred toward daisuke, he still lived), Touko stopped being so useless, and Daisuke finally gained comrades that could fight by his side. It’s no doubt a happy ending, as well as a happy start that would fulfill that promise between Daisuke and Shiika.

Well, that’s all I gotta say. Thank you if you read the whole thing that I wrote lol xD, and I would be very happy if you leave your thoughts of this volume in the comment for those who had been following the series.

Mushi Uta Volume 2….. Mushi Uta Volume 2….. It was quite an emotional roller coaster. Honestly for me, the rage I felt when Rina died in the first Volume was huge. I have issues with when characters I grow attached to die somber, sad, regretful deaths. I got over it somewhat over time - everyone does - But then the author is quite the jester. When I started reading Volume 2 I thought I was prepared, especially after making it through Volume 1. I was not, however, prepared for the way and number he would kill. Especially Azu and Iori. I wasn’t prepared for it. Azu looked like she would survive as well, and then she died. Just like that. What can I say? More than my anger for the author, I felt an undying rage towards Yoichi. The things I thought of for him. The pain I wanted to see him go through. Ironically though, it is because of this that I can keep on reading this. Although to me the author is sick, demented and a complete sadist, he doesn't shy away from the idea, the expectation that the happy ending in a story doesn't always happen. I can hate him for killing off the characters I grow attached to, but the fact he does do so impresses me and keeps me hooked. This Volume was certainly an eye-opener as well, like the first. The plot twists that the author makes are complicated and all over the place; it keeps things interesting. Still, sometimes while I’m reading I can’t help but feel that the author is trolling us in some places. At the least, this one had a happier ending compared to the first… The story itself was just as or more depressing, but the ending for Senri at least, seemed happy. Also, Wing likes to give me ‘treats’, which involve a happy amount of rage. I can’t count the number of times I’ve cursed because of my ENDLESS rage and…. I hate spoilers. I HATE SPOILERS. And while we’re at it, I hate Yoichi too. Yoichi must die. Not become fallen. DIE. Also, Senri, Shiika and Rina FTW.

P.S. Daisuke is a BAMF and you know it.

I do not own any of these drawings. All the credit belong to their respective owners. I have gained permission from those artist listed.
P.S: To avoid spoiler, only characters that had appeared in this volume or the first volume. 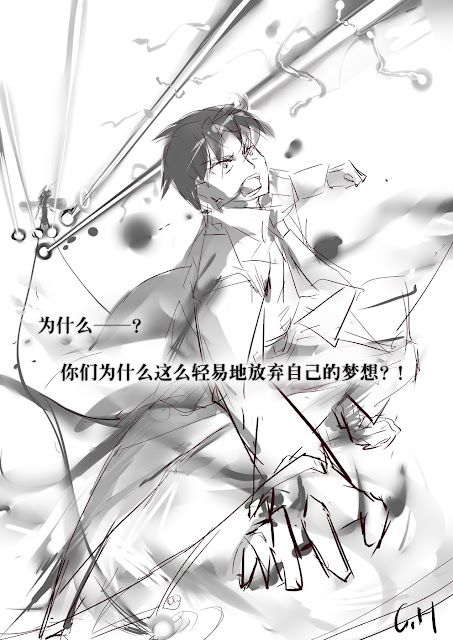 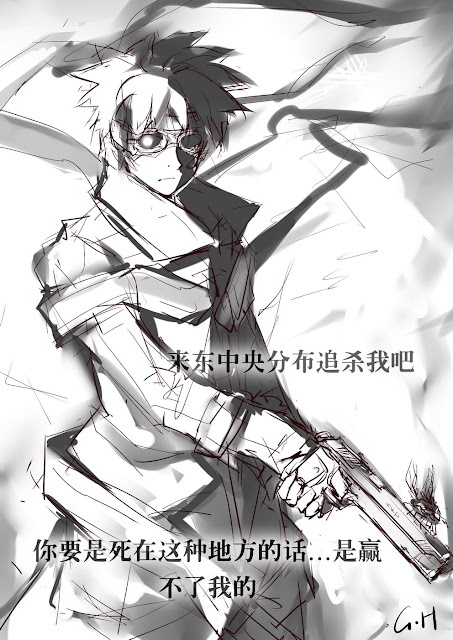 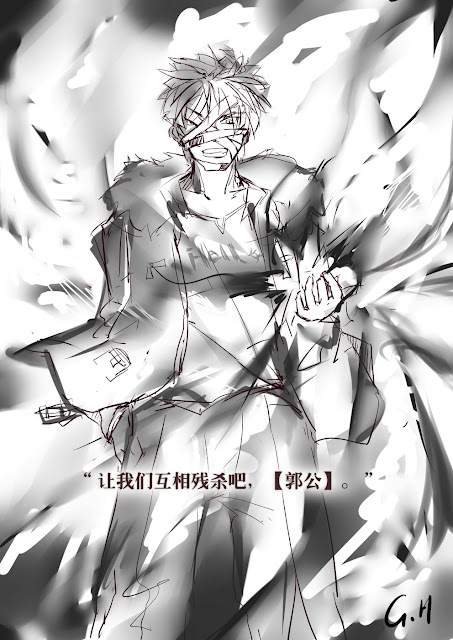 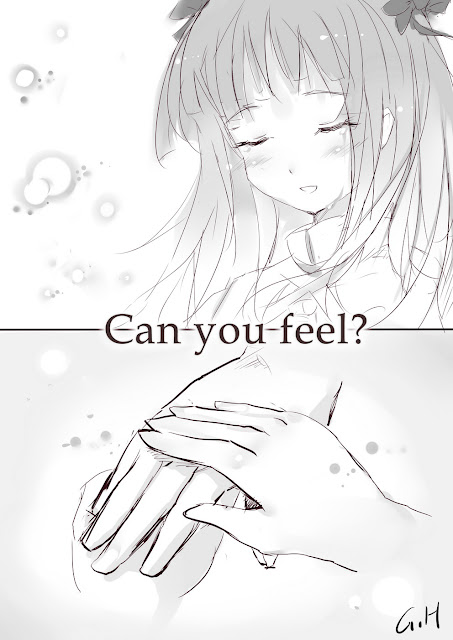 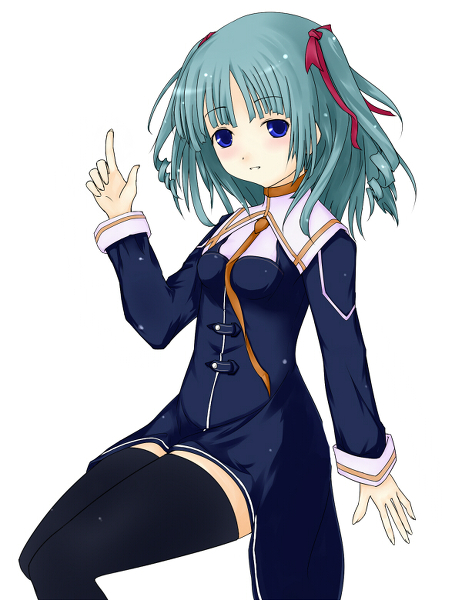 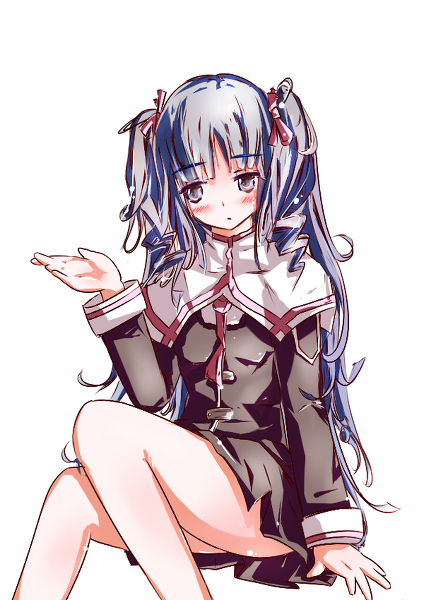 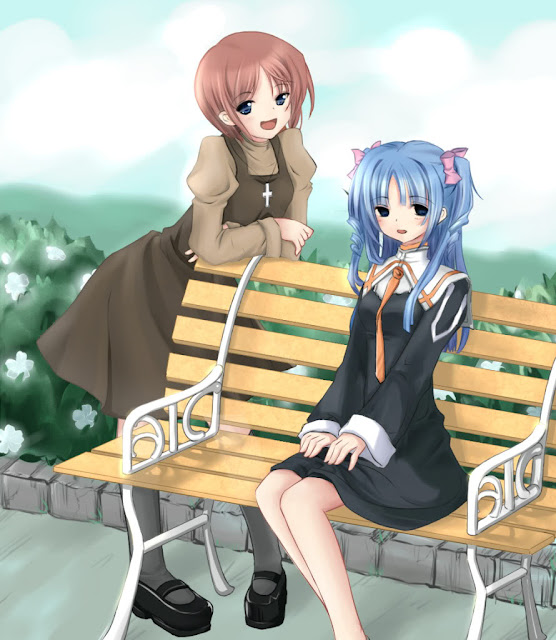 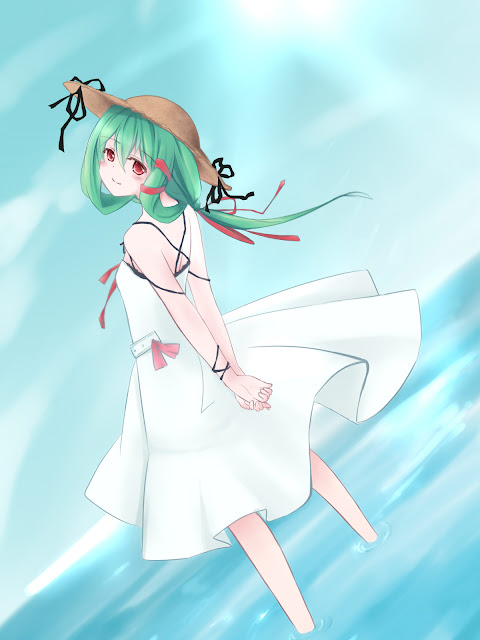 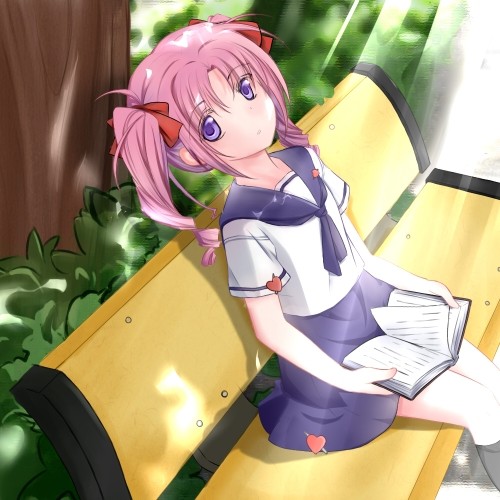 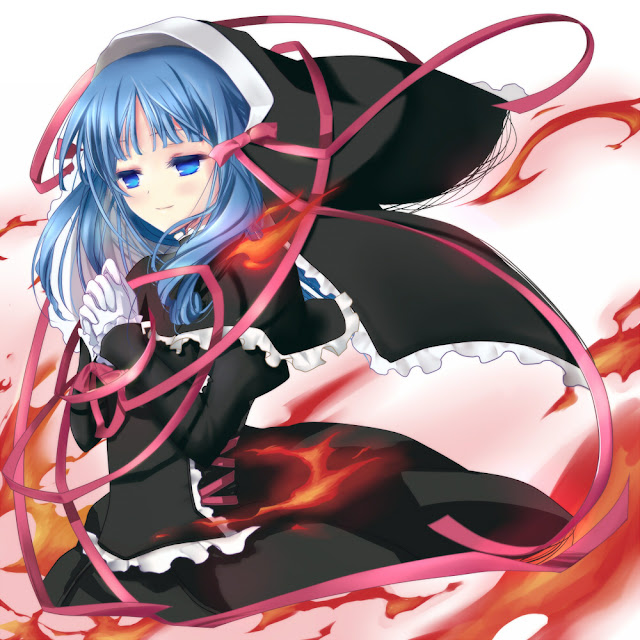 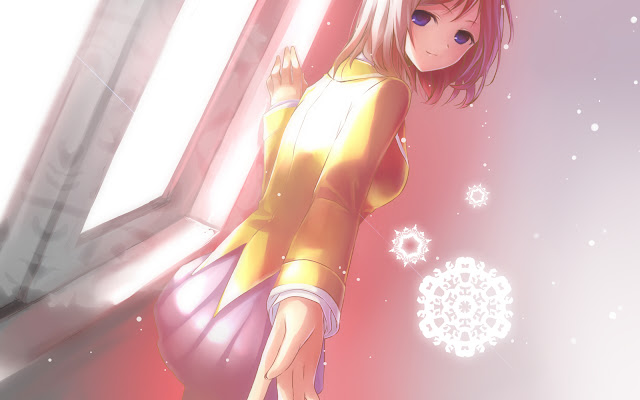 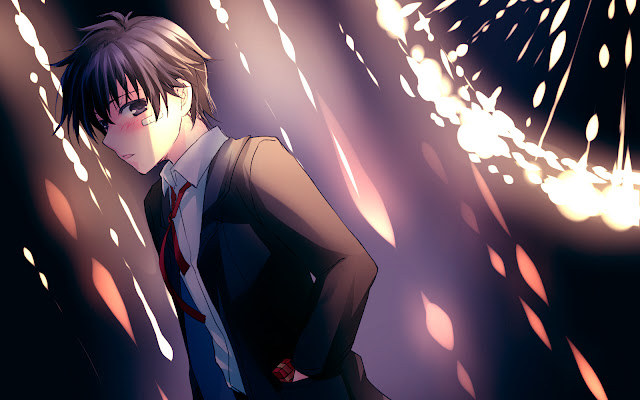 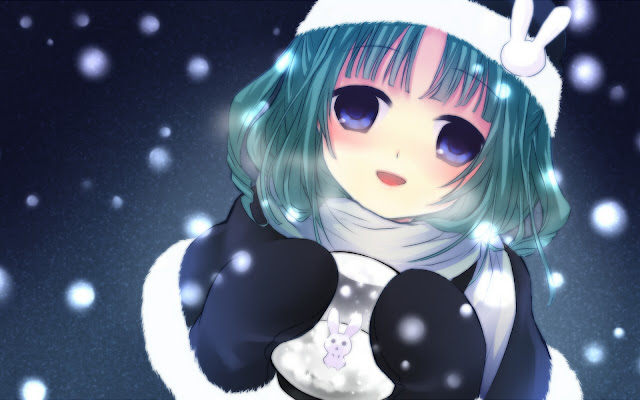 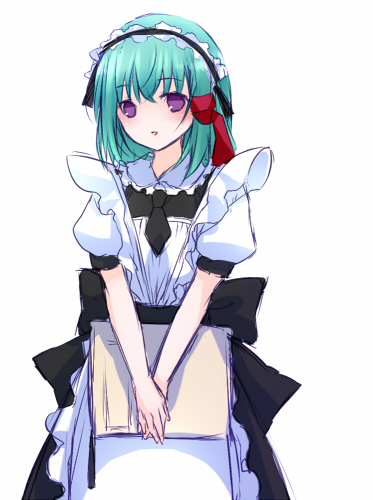 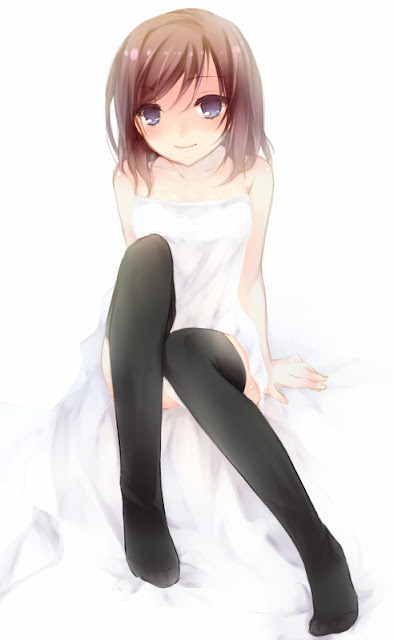 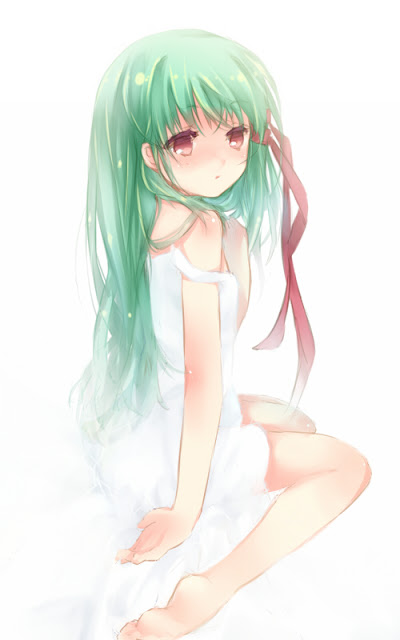 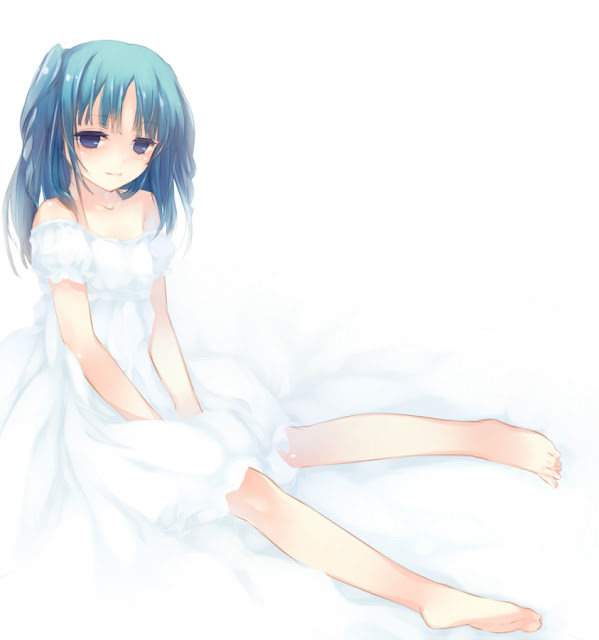 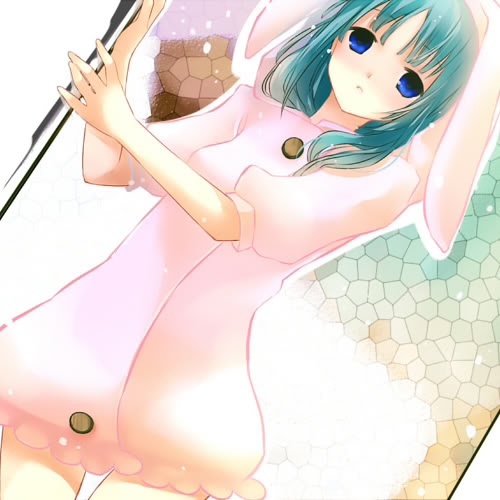 (Moe~ this is my favorite xD)

Hope to see your relies and toodles~ (going to work Dx)
Posted by Wing at 11:53 PM