I have good and bad news

The following post pertains to important information regarding the status of this blog.


So as many of you may not know, I'm one of Nek0's editors (the exceedingly handsome one). However, that really doesn't matter right now because all the translation projects that are currently led by him will be closed down until further notice. Nek0 emailed me last night, and notified me that he's eloping with his sister because his parents would never accept their relationship. He said that he was going to move into his best friend Glen's home, but that home is a wooden shack in the middle of nowhere and doesn't have internet connection. So yeah, that's all there is too it; all projects other than Mushi Uta (if Sveroz and Wing decides to keep going) will be discontinued until the off-chance that Nek0 comes back...but I really doubt that because he LOVES HIS SISTER more than anyone in the world.

Oh, attached to the email was his translation for the main/content page for vol. 3 of Sayonara Piano Sonata. Even while thoughts of his sister were enveloping his mind, he still had the capacity to care for the loyal viewers of his series; I'm certain that the quality of his final translation will reflect this, as well as his integrity as a person.

So without further ado, the main/content page for Vol. 3 of Sayonara Piano Sonata: 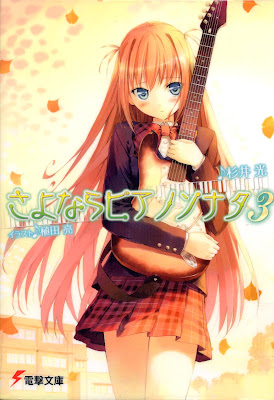 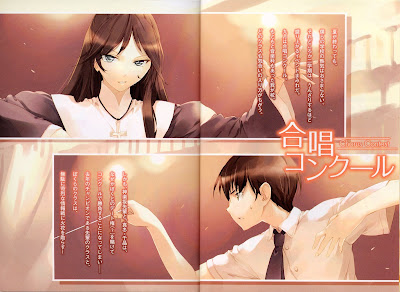 Summer ending, ardor of my schools is not settled. The [so] as for two terms, the extent which will be been boring is the event being covered which rises. As for September chorus competition. Originally our school which has also music course, every class method of entering the air being agreeable is different.

Furthermore, the Kagurazaka senior and the depth of winter thousand crystals why my date right (?) Betting, it comes to the point of having a match in the competition and - class and my and others classes of senior who is the champion of last year scatter the fireworks wastefully in severe information game! 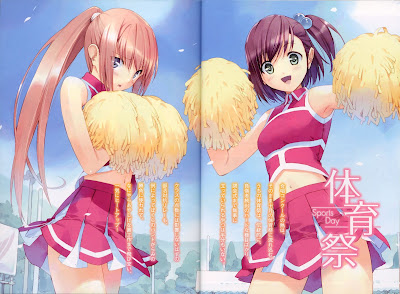 Heat of chorus competition flows into to the sports festival of October that way. Sports festival inside traditional, only hard item of injured person successive appearance. To adjournment system as for the person who can stand safely half it is not.

To score of class also section life 对 anti- relay [TL Note: 対anti-relay means anti-anti-relay; dem double negatives.] of the expectation which is not influenced, my vans and others being used in straw raincoat game by example, what the [ge] to fly about doubtfully to reverse side construction, at a stroke heat rise! 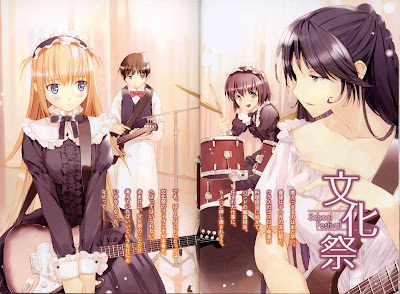 Still it is quick to blaze. End is November cultural festival. In addition to the cooking charge of [gosurori] [TL Note: For those unfamiliar with Korean Starcraft, Gosu (고수) means a highly skilled person (synonymous with "Pro" in English) when referring to someone who's good at video games.] tea drinking of class, arrangement charge of the band. In the work which is entrusted, just a little it may be crushed. 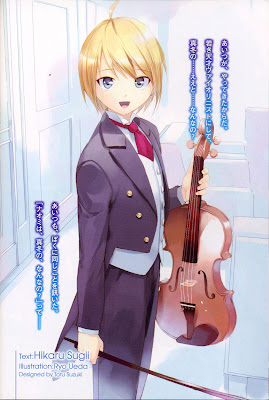 .............oh, I almost forgot about the good news. Dracu-riot from Yuzu-soft is out, and VN players should totally go check it out.
Posted by DrkMercenary at 1:21 AM