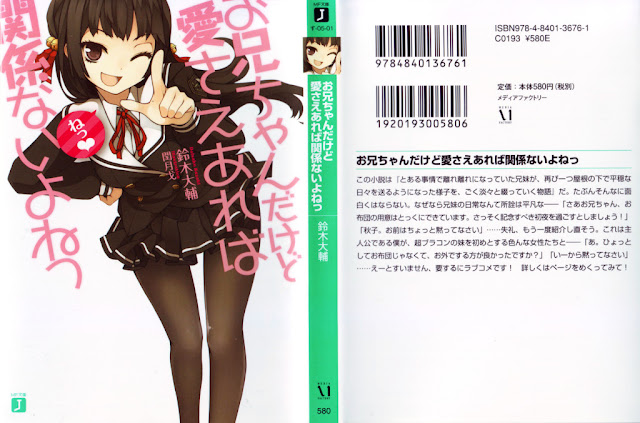 The translator translated the title as 就算是哥哥只要有爱就没问题对吧, which means "Even if it is Onii-chan, there shouldn't be any problem as long as there is love, right?". I am just gonna call this Onii-Ai from now on (seems like the case for Jap wiki too). Not gonna do the Japanese Hiragana, since I am lazy and it's too damn long.

This is probably the first major project that I'll work on, and hopefully I'll go about completing it.

Doing it because, well, I am a 2D incest whore.

After being separated from each other for 6 years since the death of their parents, fraternal twins Akito Himonokouji (brother) and Akiko Himonokouji (sister) had finally reunited together again during the holidays thanks to some planning from Akito, despite objections from both of their adoption families. Being happy that Akito had fulfilled his promise to be with her again, Akiko confessed readily that she had incestuous love in Akito, and will not hesitate to do anything to win the love of Akito. Akito however does not harbor the same feeling for Akiko, and as a result had a headache with Akiko's actions. Despite all these, he still loves Akiko as a sister, and finds her adorable and cute, especially when he had not seen her since she was 10 years old.
Posted by zgmfx09a at 12:18 AM