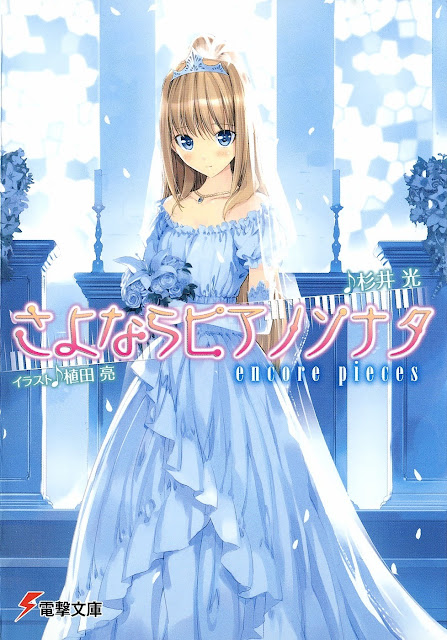 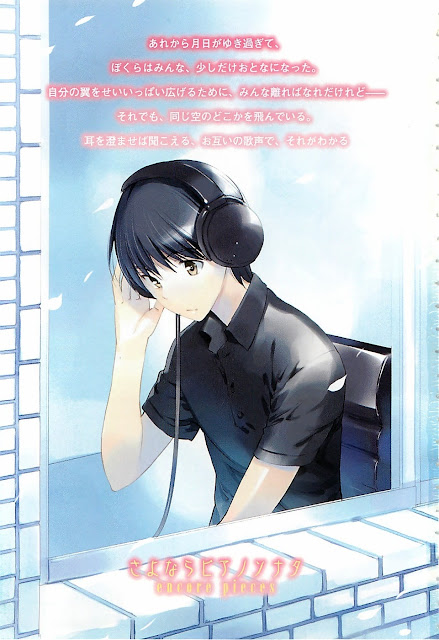 Since then, time has moved forward.
All of us have matured a little.
But despite the fact that we are all flying in different directions in order to fully stretch our wings,
we are still soaring beneath the same sky.
That is easily understood after carefully listening to each of our singing voices. 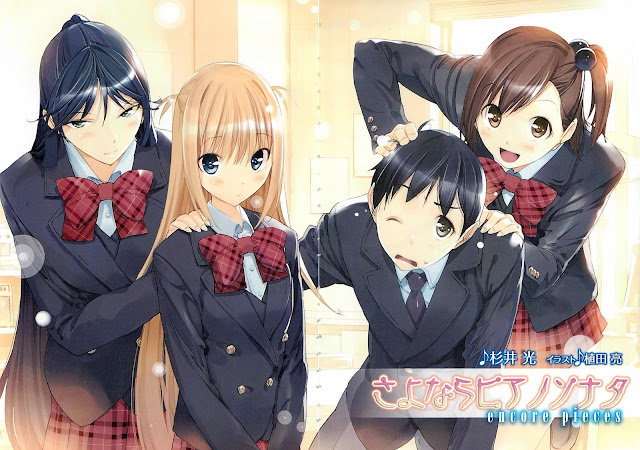 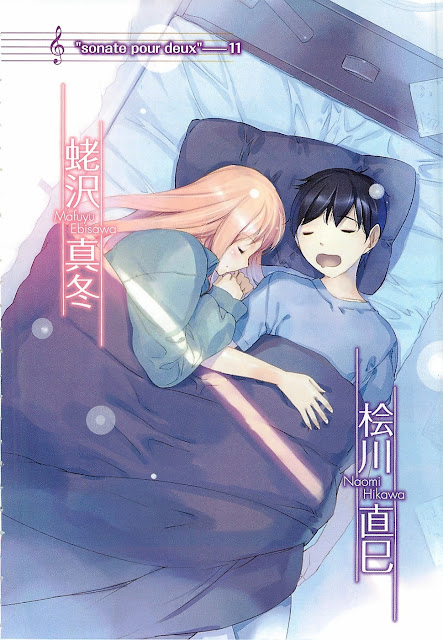 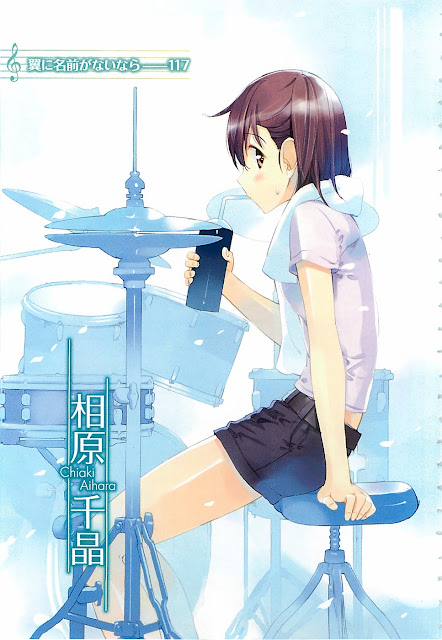 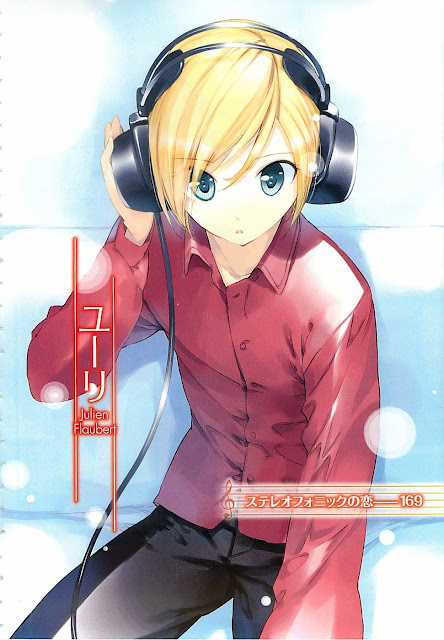 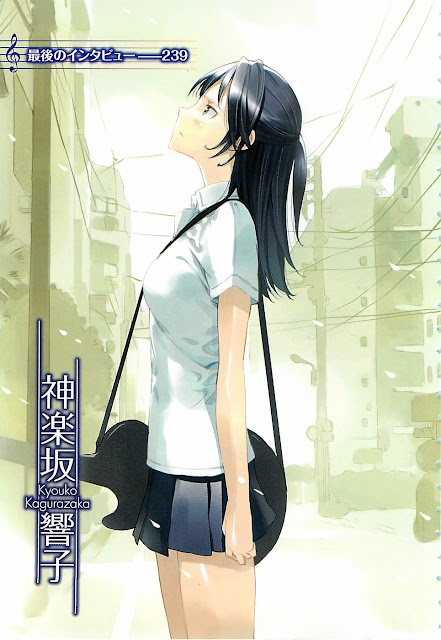 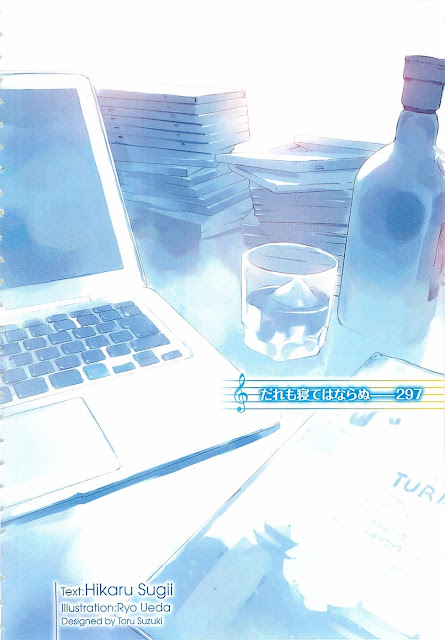 Tetsurou gets no illustration, despite being the narrator. Kind of sucks.
Posted by zgmfx09a at 1:20 AM