Somehow, I am just a huge sucker for "nerdy", demure girls.


It's no secret that I am a huge fan of Biblia Koshodou no Jiken Techou. Okay, maybe the drama's pretty damn horrible, but the novels are something else altogether. Enough for me to even do a short prologue on BT, though I gave up translating the novel as Teh_Ping was interested in it as well.

In fact, the only nerdy girls whom I am not that hot for that I can think of in my mind are characters penned by Mizuki Nomura (I was rooting for Nanase in Bungaku Shoujo and I am still butthurt, and I am rooting for Honoka now).

The Shinonome series broke into the top 10 LN charts for Kono Light Novel ga Sugoi, and I was pretty interested in it for a while. The first volume of the series finally shown itself on Chinese sites some time ago, and boy was I impressed. 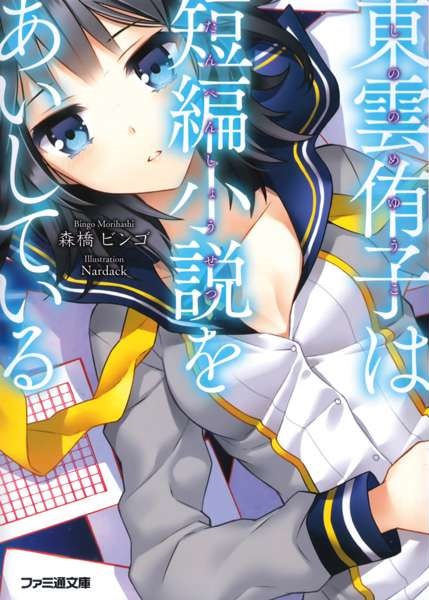 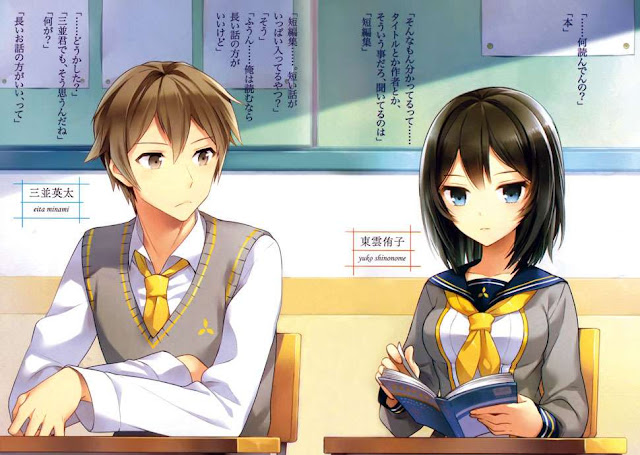 It's a romance series, bonus points for not being a generic slapstick harem (for the first volume at least). I can sure take a nice romance title any day. We have MC, Eita, who is overshadowed by his bookworm elder brother (and was in love with his brother's girlfriend, to boot). He's not too motivated in life because of that fact. Forced his school's policy of mandatory participation in co-curriculum activity, he chose the easiest option by signing up as a librarian in school on Wednesdays and Fridays.

The fellow librarian sharing the same shift with him is Yuuko, an introvert bookworm who's also his classmate. However, he does not know her that well, and she was not too interested in anything other than her books. They had a brief chat one day, and it turns out that Yuuko chose the job of a librarian because it's not too demanding and it gives her more time to read. She mentioned she preferred short stories to lengthy novels. Eita became interested in Yuuko because it felt like she's pretty laid-back as well, which struck a chord with him.

By chance, he found out the fact that Yuuko was an uprising author who writes short stories. Yuuko commented that writing lengthy novels will require actual life experience, which she lacks. Eita wanted to pull a pointless prank on his brother by getting Yuuko's signature on a magazine which his brother has already read. Yuuko agreed, but has a condition. In exchange, Eita will have to pretend to be her boyfriend for a while so that she can gain some experience for her work on a long story. Eita agreed. 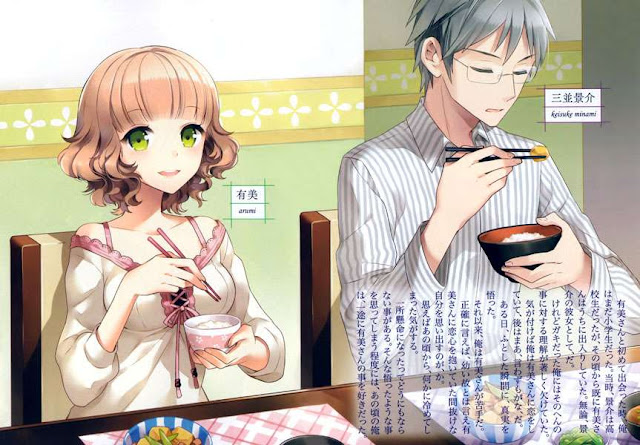 Keisuke is Eita's brother. The overachiever of the family. Is a bookworm, has a serious disposition and doesn't talk much. Arumi is his girlfriend. With their parents located overseas due to work, Arumi was requested by their parents to look after the two guys in the house (she goes to their house on an almost daily basis). As such, Arumi is pretty much family to Eita, and that was a source of torment for him. He was in love with her ever since he was young and knew nothing about her relationship with his brother. When he knew she's his girlfriend, the blow was pretty hard to take and he became slightly withdrawn and laid-back in life.

However, Arumi's position in his heart has slowly faded away ever since he interacted with Yuuko. When he realized he's in love with Yuuko, Yuuko's ambiguous actions and her seemingly oblivious stance on his feelings has became a new source of torment for him. Yuuko then finally meets Keisuke during her visit to Eita's house, and Eita was at a loss of what to do. Will history repeats itself with Yuuko falling in love with Keisuke? Will he just be a non-factor and a convenient pretend boyfriend for Yuuko's work? Or can he push their relationship a step further and turn it from fiction to reality?

One thing that stands out straight away is the amazing art. I mean, just look at this. 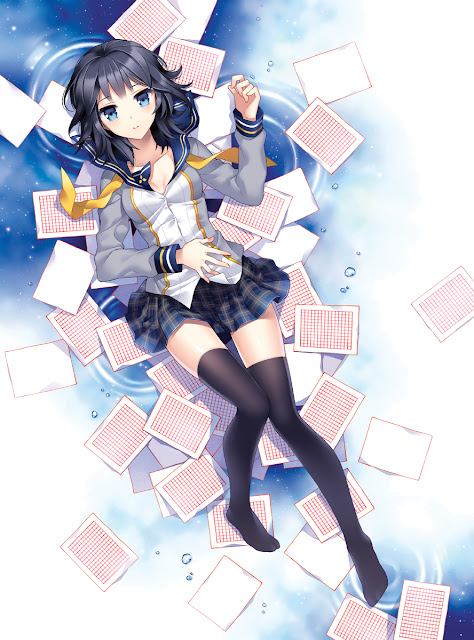 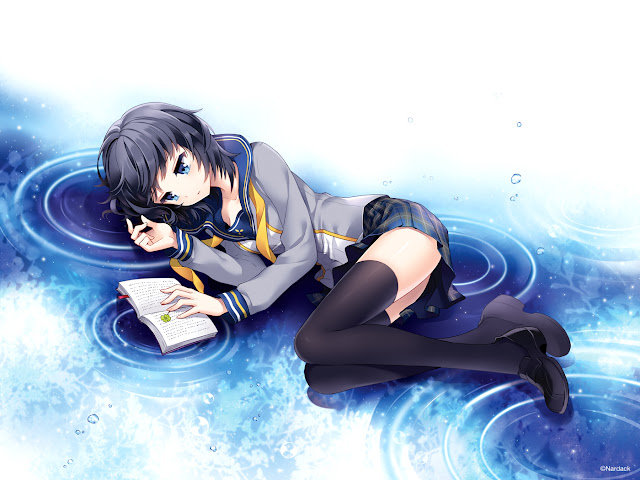 Beautifully drawn and sexy. I am a sucker for shoulder-length hair, and Yuuko hits right at the sweet spot. Really beautiful. Her character is pretty fitting of a bookworm who has never been in love before. I like her.

MC is pretty decent character and narrator. He's your usual laid-back and unmotivated character, but he's not dense (like Naomi dense). You have to pity Eita for living together daily with his crush for that many years, but can do nothing about it because you'll be NTRing your own brother. The inferiority complex he has does show up a bit when Yuuko meets Keisuke. It reminds me of Biblia, where the granny says that bookworms are usually attracted to their own kind.

I particularly like how the author includes paragraphs of the short story written by Yuuko at the start of every chapter. Even though the novel is narrated by Eita, you can see the change in Yuuko's mind as the story progress through the story. This is Inception, man. A story within a novel. It's a great touch.

The way the novels are titled is also pretty interesting.
東雲侑子は短編小説をあいしている
東雲侑子は恋愛小説をあいしはじめる (Shinonome Yuuko has begun loving romance novels)
東雲侑子は全ての小説をあいしつづける (Shinonome Yuuko will continue to love all novels)
Shows a change in Yuuko's mindset, probably due to her relationship with Eita. I can't wait to read the rest of the novels.

Overall, a really great first volume in my opinion. Will definitely keep track of it for the rest of the series. Now back to working on SPS.
Posted by zgmfx09a at 2:18 PM