Even now, her revenge continues...?

After deeply imprinting Shiika’s and Yuu’s smiles into her mind, Ubuki soared towards the sky.

There was no need to see them off, because she knew that Shiika and Yuu would definitely fulfill their mission. And as a result, Ubuki’s goal would also be ---

The streetscape of Higano City in her eyes was becoming smaller and smaller.

Feeling the sensation of the polluted wind blowing against her cheeks, her pair of wings glided over the moist air current. Ubuki used to really hate the city’s sky.

Her powerful wings cut through the blowing wind as a never-ending horizon expanded in front of her. It felt as if she was flying over the sky of her hometown; strength kept on pouring out from every inches of her body.

“(Sensei)… Shiika-tan gave me a new dream! She said I can take back the Island… and restore it to how it used to be……”

Ubuki came to a stop in midair right before Ouka City.

Observing the whole Higano City, black shadows could be seen starting to join together like clouds.

Those were the Central Headquarters’ entire airborne squads; they began to approach Ubuki as if they were being drawn to her.

--- After this revenge ends, I’ll return back to the Island, (Sensei)…

Even upon seeing the despairing scene of countless enemies flocking towards her, Ubuki didn’t have the slightest intention of losing.

After I get back on the Island, I’ma build a clinic first! So that way, no matter when (Sensei) comes back, I’ll be able to welcome him!

“And then we can go up that hill again…together… What do you say? (Sensei)……”

Ubuki suddenly lost her balance in midair. Her consciousness was becoming hazy as the memories of her hometown were vanishing away bit by bit.

However, she still put up a smile. Even if she was near her limits, even if her dream was being devoured by her (Mushi), Ubuki could still feel new strength pouring out of her body.

“For the sake of giving that present to Yuu-tan, I sold the ring that you gave me… but it should be fine right? Because didn’t you tell me this before?---”

--- I hope that one day, you'll be able to use this for those that you hold dear.

Ubuki could never forget (Sensei)’s smile at that moment. Even if her dream were to be devoured by her (Mushi) completely, she would never forget. It must be his smiling face right?

“I found my precious people, (Sensei)!”

But the one who really wants to say that, was actually Ubuki.

But since she couldn’t say it at that time, she might as well as say it inside her heart now!

Thank you for waiting for Ubuki.

Thank you for believing in the Ubuki who was deprived of everything, and had nothing left behind.

With a deliberate smile, Ubuki overlooked the (Mushi) herd that was gradually surrounding her.

“Of course, that includes my life as well!”

Right now, she had the confidence that she would not lose to anyone. Even though she was just a No-rank Mushitsuki, and a dumb one at that, it didn’t matter. Because she had the world’s most faithful companions accompanying her. Their success, would bring Ubuki unlimited strength. 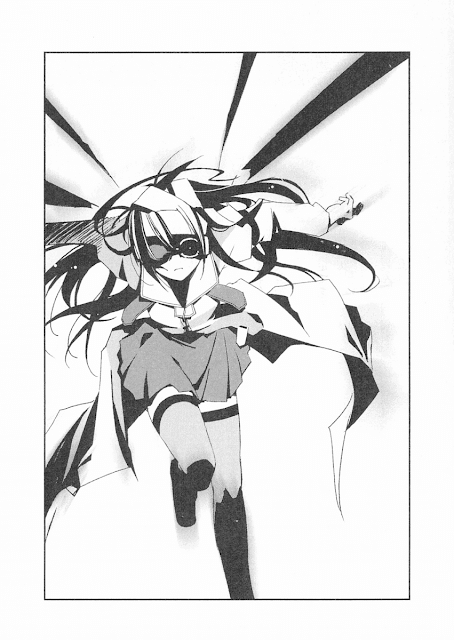