Well, been busy with uni stuff lately. Preparing myself for my projects, so no time to do translations yet.

However, I did clear quite a few novels during my travelling time, including 2 ongoing series from Sugii Hikaru: 生徒会探偵キリカ (Seitokai Tantei Kirika) and 楽聖少女 (Gakusei Shoujo).


I won't go into much details about Seitokai Tantei Kirika since I've only read vol 1 of it, and there's nothing much that I want to talk about in regards to it. It's plot moves pretty much in similar fashion to SPS, except girl is an accountant & detective. Art is pretty neat. Seito-kaichou's sort of like Kagurazaka, while there's no Chiaki-esque character there. 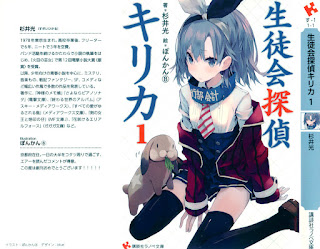 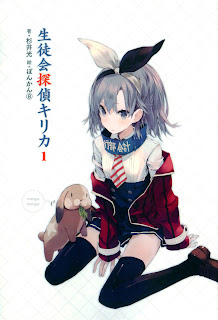 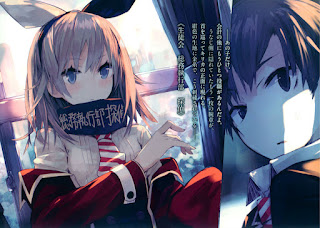 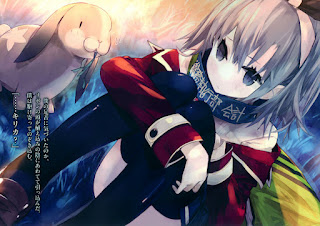 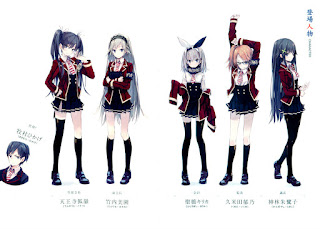 Well, I mainly want to talk about Gakusei Shoujo. Novel's fantasy genre based on music, and it will probably make lots of classical musicians roll in their graves.

Our MC is taken back in time to the 1800s by a devil under the pact made by Johann Wolfgang von Goethe. According to the devil,  Goethe's request is for his body to be replaced by MC's, and then his soul to be implanted into MC's body and to slowly take over MC's body or something. As such, MC shares memory and knowledge of Goethe. The devil will claim Goethe's soul (which is now MC's soul) the moment MC declares he wishes time to stop due a state of ultimate bliss.

However, the 1800s MC went to is not quite the 1800 which he knew. There are tanks, airships and etc. Napoleon is going on a conquering spree, wreaking armies by himself. The devil told MC he's not the only one from the future. There are also other works of other devils as well, though not all are related to bringing people back from the future.

And so, here we go with the characters. 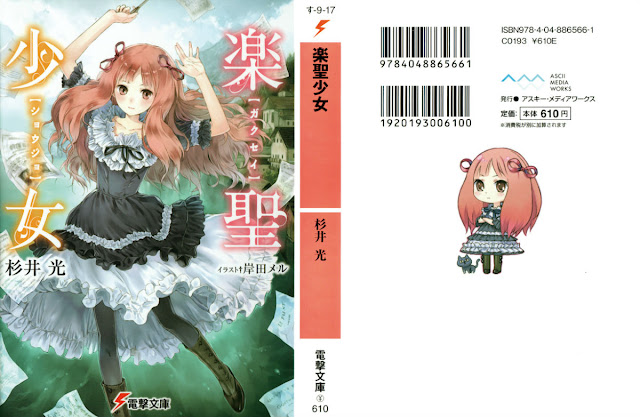 Here's the cover. More on the heroine later. 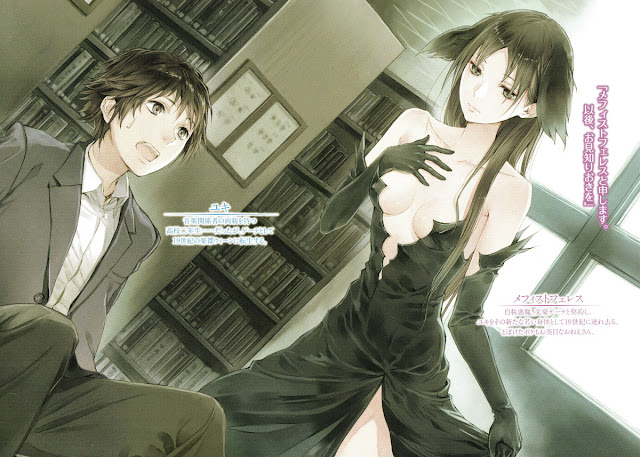 MC on the left. The devil took away part of his name, so his memory left of it is "Yuki". Mephistopheles' the devil here. Has dog ears because she first appeared in the form of a dog. When MC is transported to the 1800s, MC first interacted with Goethe's friend, Johann Christoph Friedrich von Schiller. 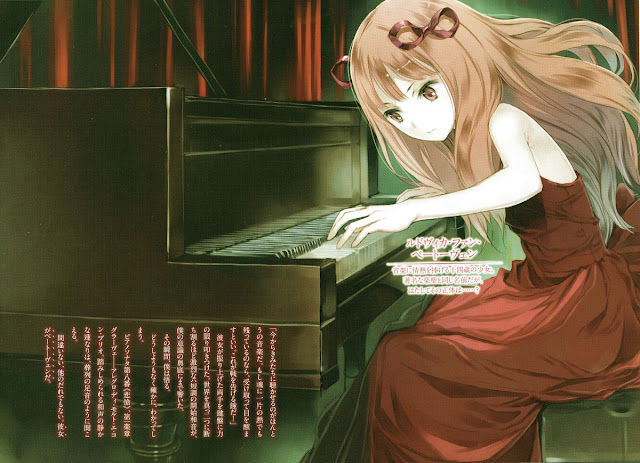 Here's the heroine: Beethoven. Aww yeah! Beethoven's now a girl and turned into a loli about the age of 14~15. Probably the work of a devil and magic, so I ain't gonna explain shit. However, she apparently has no memories of being someone else or etc, so the pact made to the devil is probably something different. Name's also changed to Ludwika van Beethoven. Stubborn girl who's passionate about music. MC refuses to acknowledge her as Beethoven, so he calls her Luu. In exchange, Ludwika refuses to acknowledge MC as Goethe either (since he looks young and Asian and all), so she calls him Yuki. 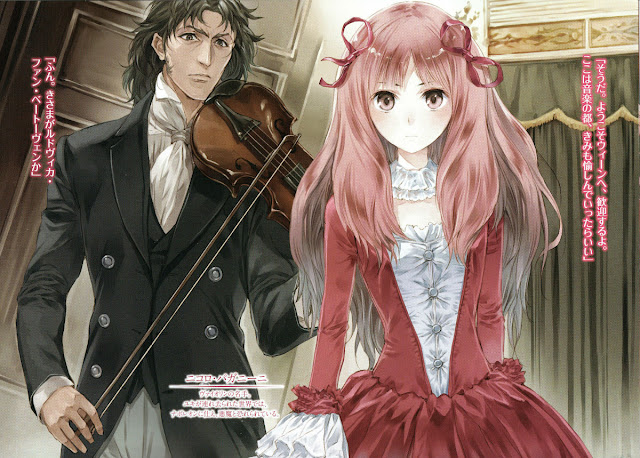 And here we have Paganini. He's known as the Devil's Violinist, yeah? You'll see later. Wants to wreak Beethoven and MC for attempting to complete Symphony No.3 "Buonaparte", dedicated to Napoleon. Sort of the villain of this volume. 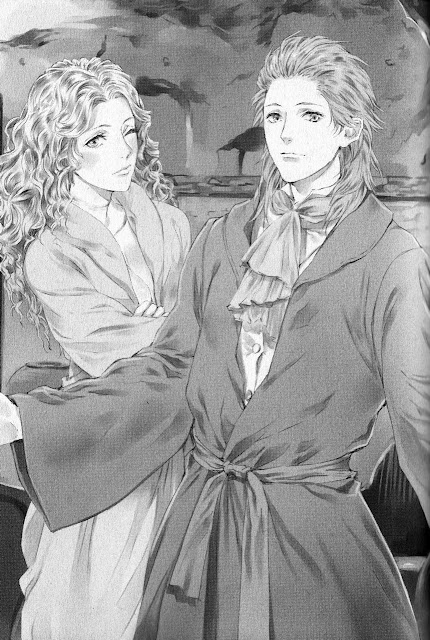 On the right's Mozart. Yeah, he's supposed to be dead, but God kicked him down to earth to make him complete his final piece (Requiem). I don't really know who the lady on the left is, but she his first love, and so if I'm not wrong, she should be Aloysia Weber. Mozart has no intention of finishing the piece though, and he claims all he wants to do is to fuck her all day. No kidding.

Has some sort of magical powers or something, since he possesses the Magic Flute (see one of his operas). But he's not the only one. 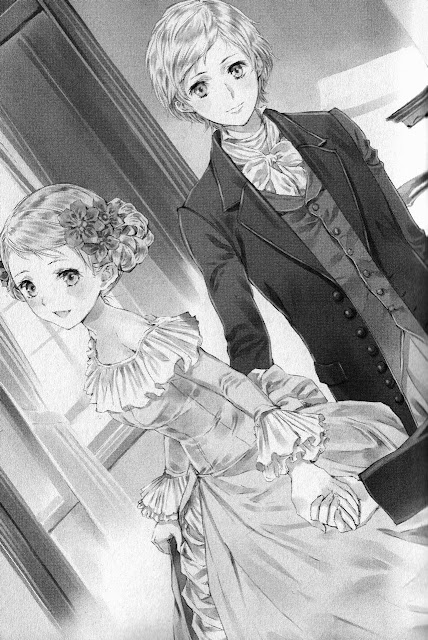 Here's Marie-Louise on the left, 12 years old. Can't remember who's on the right, but someone related to Beethoven, and in this book her elder brother. MC's sort of like Marie-Louise's home tutor, and she has a crush on him. Breasts looks a little large for a 12 years old. Yuck. Even Ludwika's flatter than her. 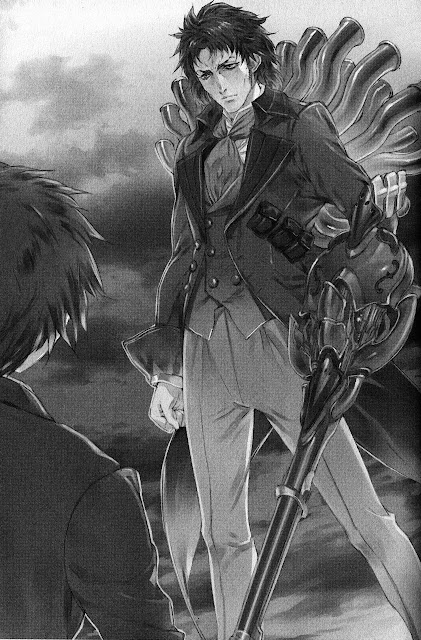 And here's MC squaring off with Paganini. There's a reason why his violin is named "Il Cannone Guarnerius", well, simply because it transforms into a real cannon.

It's pretty damn interesting, really. The incorporation of classical music into the book is a little different from how he does it in SPS, but it's still pretty amazing what sort of crazy things the author can come up with. MC doesn't like to play any instruments though, so he's a writer through and through. Almost like Goethe. It is sort of explained later in the book why Goethe chooses him. Also, Yuki remembers his full name by the end of the book, but he calls himself "Faust" in his farewell to Schiller.

Another interesting thing is the actual identity of MC himself. Here's some of the excerpts from the volume.

>>
My father's a music producer, while my mother's a pianist. My grandfather on my maternal's side is a conductor as well, so I am from a so-called musical family. I am not too sure about the work of my father since he does not really show himself to the public, but my mother is a pretty famous pianist, so our family is quite well-off financially. I've been exposed to music ever since I was small - it's something as natural as a duck learning how to swim.

>>
Surprisingly, despite growing up while watching my parents use various musical instruments dexterously, I have no intention of playing any musical instrument at all. What attracted me the most was the music critiques written by my grandfather (father's side). He's a crazy old guy who sings the opera half naked near the train station in his stupor despite his age, and was later taken away by the police. However, his articles are humorous, interesting and eclectic. Since my parents are often not around at home, I enjoy listening to all sorts of classical music CD by myself while reading articles related to them written by my grandfather. I don't know if that is the reason why I love to coop myself up in the library when I am in school as well.

(When Ludwika talks about how MC is not really out of place in terms of looks despite him being an Asian) >>
"Ahh...... Really? I heard my grandmother on my maternal's side is Hungarian."

(When talking about Symphony No.3, then still known as "Buonaparte") >>
"It's the first piece of music which my father and mother played together. It's their favourite piece. My mother always plays it for me."

Well, it's anyone's guess who the MC is. He did not reveal his family name at the end of the volume, so yeah. But his given name is pretty girly (probably taking over the legacy of his father?). Thanks to the crazy messed up history, Ludwika currently has no intention of changing "Buonaparte" to "Eroica" just yet, which causes MC to worry. Also, it seems like Napoleon is from the future as well, so final boss or something?

All in all, a pretty interesting read, and MC's implied identity is sort of a bonus as well, though I am not really digging the whole "Buonaparte" thing (fuck the author if anything happens to MC's parents). Hopefully, vol 2 will keep things up. I am kind of interested to see which musician the author will pull into this mess next.
Posted by zgmfx09a at 3:37 AM