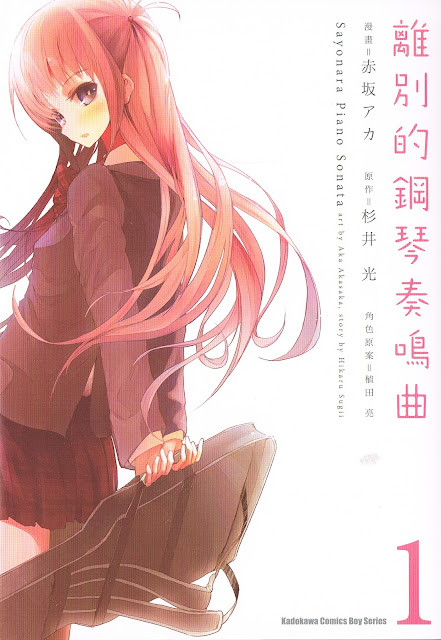 Fuck yeah!!! Time to show off. Then again, it's in Chinese, so I don't think many will give a damn. But whatever.

Despite having the entire series of the LN sitting in my bookshelves, it won't feel right if I don't get the manga version as well. Since it's published by Kadokawa Taiwan, plus the manga's pretty well done too, so why not. Aside from some minor complains that I have (ahem manga Tetsurou and Ebichiri), the mangaka's doing great justice for the series. Props to Futari wa Pretty Anons for doing the scanlations as well, though I doubt there's anyone here who doesn't know about it already.

Here's the sleeve of the manga. Sorry for my shitty scanner. Then again, I'm not a raw provider anyway, so who cares. 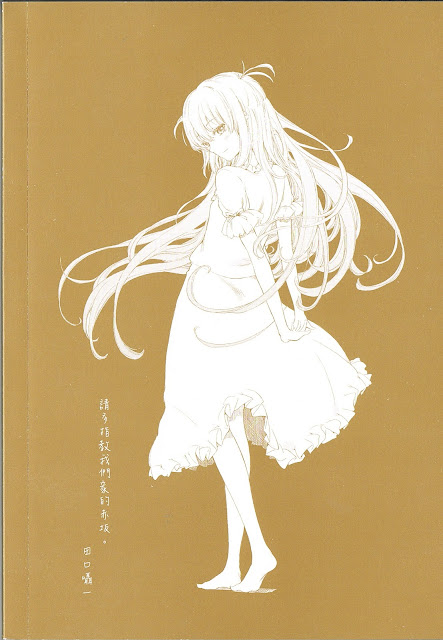 They're sure sneaky. And HNNNGGGGGGGGGG.

After that's a 3 page "bonus track", where Mafuyu cosplays as Alice and proclaims herself as "Ebisawa Alice", the NEET musician. It's her attempting to promote SPS get the readers of Kamisama no Memochou. Kind of sad to see her drop her two small twintails at the side in order for her to replicate Alice's look, but she looks cute hugging the teddy bear (then again, she pretty much looks like Alice in that omake).

Nao's doing the role of tsukkomi-ing, as per his usual role in the novels.

So basically, Mafuyu's throwing up a tantrum on how Kamisama no Memochou got an anime while SPS will never get one due to copyright issues...... ;_; In the process, she calls KnM <Devil's Book> instead. Some small self-mockery about no matter how bad the manga does, it will never affect the fact that the LN is incredible. She then starts to feel uneasy and drops the whole act, only to declare that she'll be doing cosplay of K-On for the second volume.

Then there's a small QnA session conducted by Nao-sensei, a short message from the author Sugii Hikaru, and a congratulatory image by Ueda Ryo. Amazingly, the Aria Pro II drawn by the mangaka is in reference to the one originally owned (and played) by Sugii Hikaru, and is now gifted to the mangaka.  I'll translate these two parts if I have the time.

Also, if you guys have not already noticed, there's a change to the banner of the site, yet again. It's not lego, but actually nanoblock, which is some sort of micro-sized lego by some Japanese company. They have a musical instrument series, so I purchased a grand piano, drum set and two electric guitars to reproduce the characters of SPS. Not much time to build them though, but I'll gradually finish them up and add the images to the banners.