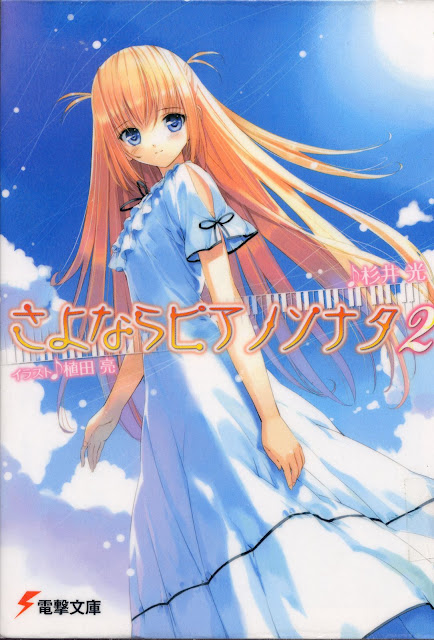 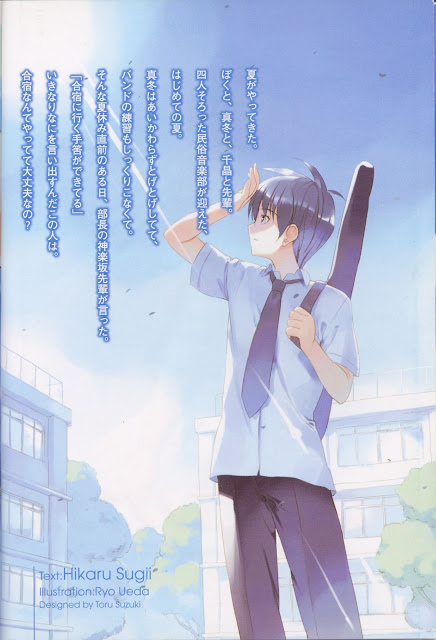 Summer's finally here.
Mafuyu, Chiaki, Senpai and I.
The four of us gathered together to form the Folk Music Reserach Club,
and welcomed summer together for the very first time.
Mafuyu's as unfriendly as ever,
and band practices were as disharmonious as before.
It was a certain day before the summer holidays when our club president, Kagurazaka-senpai suddenly said,
"The preparations for the training camp are all set and ready to go."
Why is that person saying that all of a sudden!
Is it really fine to hold a training camp just like that? 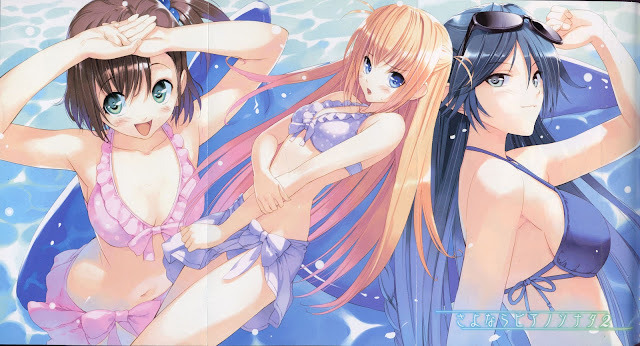 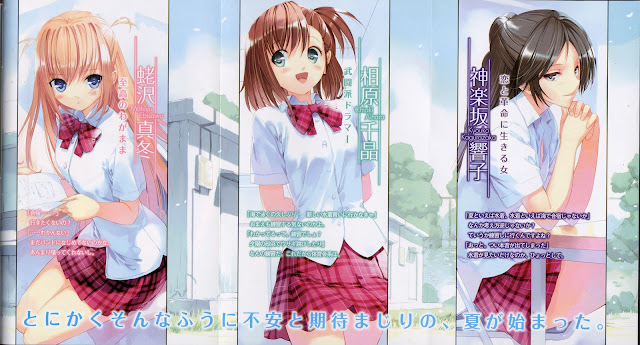 Kagurazaka Kyouko: The girl who lives for romance and revolution
"We think of swimsuits whenever we talk about summer, and we relate swimsuits with going to the beach for a training camp, right?"
There's something wrong with the sequence of your associations, yeah?
Moreover, we're going there to practice, no?
"Oops, I accidentally revealed my true intentions."
It can't be that you actually just want to see the rest of us in swimsuits, right?

Aihara Chiaki: The drummer from the martial arts faction
"It's been a long time since I've taken a swim! I'll have to get a brand new swimsuit first~"
So you don't really care about practice either huh.
"I know, we've got to practice too, right?
We can do squat jumps at the beach during the evening."
What sort of training is that! That's the reason why you're overly sports-oriented.

Ebisawa Mafuyu: Has unrivaled willfulness
"Training camp......?"
You don't want to go?
"...... I don't know."
This girl still isn't used to getting along with the rest of the band, I guess?
And she doesn't really talk to me much either.

In any case, the summer I was waiting in anticipation for, along with a growing sense of uneasiness, had finally begun.


Chapters
Chapter 1: The Real Name
Chapter 2: Problem Between the Two
Chapter 3: The Reason to Stay Here
Chapter 4: feketerigó
Chapter 5: Into the Beach
Chapter 6: So As Not To Wake Up From the Dream
Chapter 7: The Place Where She Shuts Herself In
Chapter 8: The Other Side of the Globe
Chapter 9: The Song of Blackbird
Chapter 10: Kiss it Goodbye
Chapter 11: Rainbow
Posted by zgmfx09a at 7:20 PM